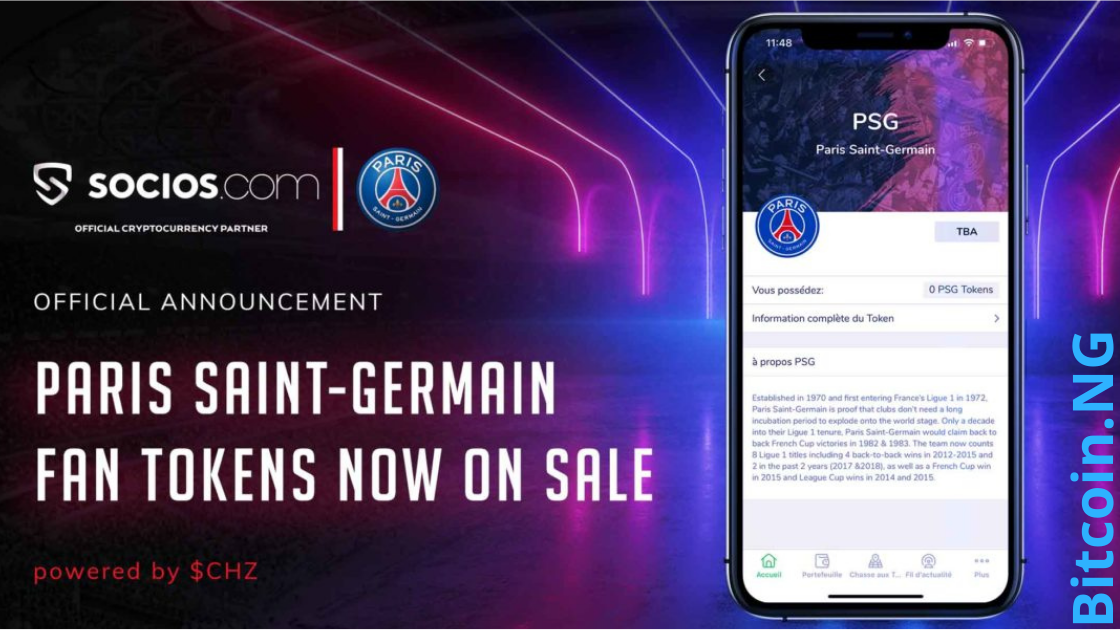 Fans and followers of the football club can now purchase the tokens on Socios, as revealed in an annoucement on its official Twitter handle.

For its very first use case, the $PSG Fan Token will be used by club supporters to vote on the choice of the inspirational message to be printed on the armband of the team’s captain.

PSG fans who participate in the poll will receive reward points which now earn them the opportunity to win prizes including club jerseys, merchandise, VIP ticket to football matches and an opportunity to meet the players.

Last year, a number of top football and NBA teams announced cryptocurrency partnerships and blockchain tokens in a new wave of adoption.

The use cases of these digital assets by sports teams include: for online purchases of tickets and club merchandise. Digital assets are also used in voting in club decisions such as stadium songs, pre-season venues, club logos, friendly matches and MVP player voting.