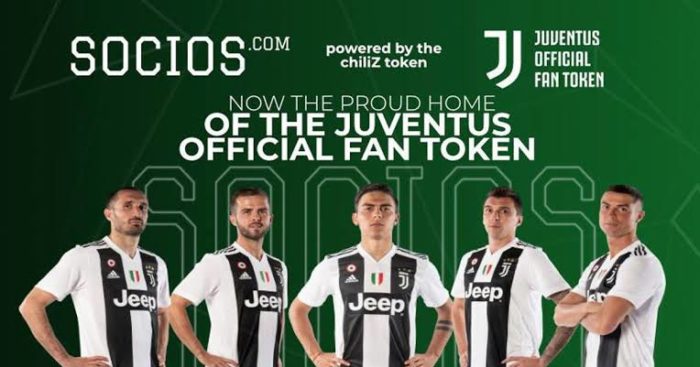 Italian Serie A side – Juventus has officially released its own crypto token for use by fans in voting on club decisions and polling.

This announcement follows up over a year of token development in partnership with Socios – a fan token platform for sports.

According to the announcement, the Juventus brand token ($JUV) is now available for club supporters on Socios.com. The token will currently sell for 2 Euros ($2.22) per token, with fans also able earn a limited amount of free tokens available on the socios app ‘Token Hunt’.

“99.9% of sports fans are not in the city/country of the team they are supporting. We created these fungible fans tokens to allow fans to have an influence over some fan-based initiatives.”

The CEO noted that the token will be used in voting on club decisions such as the choice song when the team scores, pre-season destinations, jersey colours and many more.

“We are proud to be the first Club to be activated by Socios.com on its platform, inaugurating a new way to interact with our fans around the world,” said Giorgio Ricci, chief revenue officer of Juventus.

2019 has seen a very interesting fusion between crypto, blockchain and sports; with football and basketball leading the industry bromance.

On the Socios platform alone, soccer teams PSG, AS Roma, West Ham, Athletico Madrid and Galatasary have all begun the development of Fan Token Offerings (FTO); which confers fans with voting rights and VIP membership status in club decisions. The tokens also offer fans an opportunity to earn rewards.

In more direct use cases, cryptocurrencies such as bitcoin and other tokens are also being used for purchasing for club merchandise and tickets. English Premier League side Watford has also added the bitcoin logo to its team jersey following a partnership in September.

While still in its early stages, it is believed that football and sports in general will contribute to the mainstream adoption and crypto education globally.