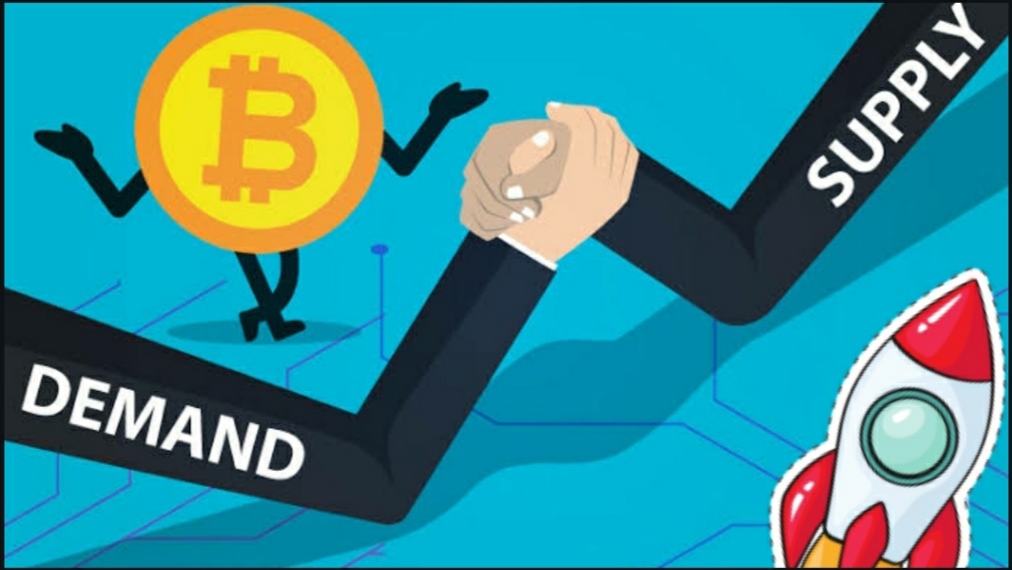 As with most financial markets, Bitcoin’s price is determined basically by supply and demand factors.

This is defined above where the equilibrium price of an asset is related to the asset’s supply and its demand.

According to Matt D’Souza – CEO of Blockware Mining, there are a number of factors that are and will continue to drive the demand for Bitcoin in this present day.

From his assessment, these factors represent a bullish sentiment for Bitcoin; such that with its fixed supply and a growth in demand, an increase in its value is certain.

We take a look at these demand and supply factors, and the extent of their effect on Bitcoin’s fundamental price:

The past few months and years have seen an increase in geopolitical tensions among nations. From trade wars between U.S and China, to failing currencies, economic policies and unrest during this pandemic; countries and citizens are increasingly seeking alternative sources for trade settlement against the US dollar.

“In Spring/Summer 2019, the Chinese Yuan fell to all-time lows vs the USD, and contributed greatly to BTC appreciation. Conversely, when the Yuan strengthened in Fall 2019, BTC tumbled. Guess who’s back to all time lows?”

This he said adding that China hit its lowest reference rate for the Yuan in 12 years this Tuesday.

There is also the prediction of widespread recession across borders from Lebanon to Nigeria; with economists like Robert Kiyosaki calling out government and financial institutions on their ineffective fiscal and monetary policies.

The recent months has seen Central Banks resort to printing more fiat notes in response to the COVID-19 induced recession.

This trend has been flawed by investors and market analysts who question the sustainability of the strategy, arguing that continued money printing could trigger a heightened global debt profile.

When compared to Bitcoin which is a non-inflationary asset, and courtesy of its 21 million fixed BTC supply, analysts say the scarcity of assets like Bitcoin and gold make them unique over the current financial system.

Last week, Tesla CEO Elon Musk made a notable tweet concerning the suitability of Bitcoin over fiat currency; as he also confirmed he owns some bitcoin.

3. Bitcoin As A Hedge Against Negative Interest Rates

The current aggressive monetary policy by global central banks has led to a high negative interest rate especially for economies like that of Japan, the UK and nations in the European Union.

While the effects of these rates are yet to fully hit commercial banks and cash savers, analysts say it is only a matter of time before its effect spreads.

Bitcoin is its unique context is a hedge against this policy because it offers no yield over negative rates.

As pointed out by D’Souza, Bitcoin is making a strong case as a suitable payment system.

A first benefit is its suitability for international payments. Bitcoin can be used to make payments globally, with receiver credited in seconds/minutes. The unique development of technology such as the lightning network makes it an even faster alternative over traditional payment systems.

There is also the benefit of cheaper fees, with sending as high as $1000 in bitcoin requiring an average of 0.5 cents to $2 (priority fees) when making payments.

This speed, cheap fees and ease of payment without physical interactions is a sure boost for Bitcoin’s demand as a better payment alternative over fiat.

Bitcoin has continued to attract the attention of mainstream media and financial institutions to varying degrees of effect.

On social media such as Twitter, the cryptocurrency community is growing in strength and numbers, this is because asides tweet from the regular crypto/bitcoin influencers, celebrities and other industry leaders have continued to ask and join in.

Notable mentions of bitcoin include from Elon Musk, Eddie Alvarez (a former UFC Champion who recently bought his first Bitcoin and announced to his followers), JK Rowlings (Author of Harry Porter), and Robert Kiyosaki (Author Rich Dad, Poor Dad who predicts a price of $75,000 per BTC in 3 years).

The numbers from Google Trend statistics also show increasing searches for “Bitcoin” and “Buy Bitcoin” topics similar to those of the 2017 bull run.

These factors and events all contributing to a rise in interest and demand for Bitcoin (BTC).

The fixed supply of 21 million bitcoins ever means there isn’t even enough to go round, and by virtue of this mathematical scarcity, BTC maintains its design as a deflationary asset which cannot be reprinted or over printed.

This limited supply and the just concluded Bitcoin halving further strengthens Bitcon’s case as a valuable asset. Hence, all things being equal and with the above five scenarios in play, basic economics indicate that this rise in demand and short in supply will boost Bitcoin’s price.

Having a limited supply and first time ever knowing exactly how much will ever be in existence is a very important characteristic. We have a rising demand for a limited supply, therefore what we should expect is the price to rise in the long term.

This is a very simple ratio as the more people want to get hold of Bitcoin – which has a limited supply will take its price higher. Of course, this is only one of the factors in how a market works.

What other factors do you think would influence Bitcoin’s demand? Share in the comments.