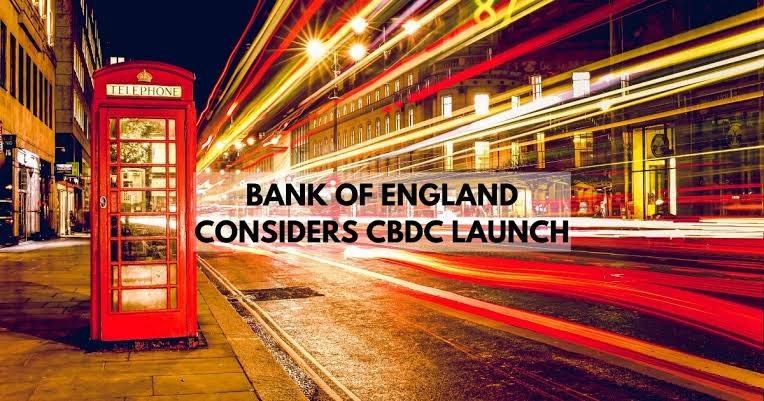 The Bank of England (BoE) Governor Andrew Bailey on Monday acknowledged that the U.K. Central Bank is evaluating the need for a digital currency (CBDC).

According to a report by Bloomberg, Bailey made reference to the project as he discussed the relevance of a digital currency system with school students during a webinar. The Governor is quoted:

“We are looking at the question of, should we create a Bank of England digital currency. We’ll go on looking at it, as it does have huge implications on the nature of payments and society.”

“I think in a few years time, we will be heading toward some sort of digital currency.”

The BoE Governor’s comments come as no surprise, considering that a number of global central banks have continued to show interest in the issuance of CBDCs; that is a digital version of their national currencies.

Central banks of Japan, France, Sweden, and China, have all begun various pilot programs centered around CBDCs. For these national banks, the need to launch digital currencies in response to those of private entities like the Facebook Libra has become a major goal.

Another key factor is the current wave of the corona virus pandemic which has brought to question to suitability and safety of cash notes during these times.

“The digital currency issue will be a very big issue. I hope it is, because that means Covid will be behind us.”

Analysts say England’s CBDC plans will be relatively smooth, as the country maintains full sovereignty of its currency unlike other nations in the Euro Zone.

If successful, the CBDC could give the British pound an advantage over other rival currencies like the U.S. dollar and the Euro.

Will Central Bank Digital Currencies improve the global financial system? Share your thoughts in the comments below.