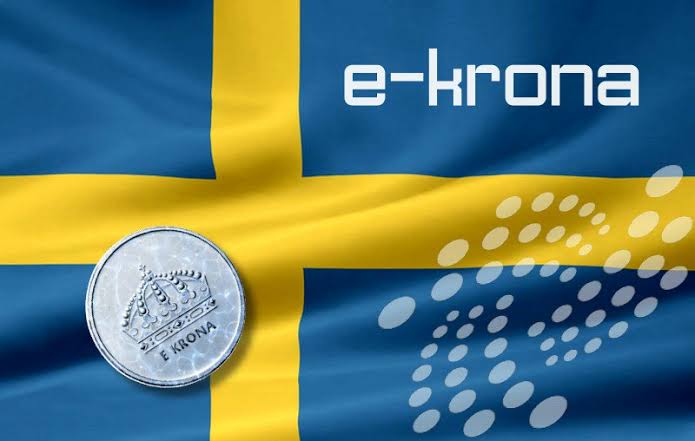 Sweden’s Riksbank has officially begun testing its central bank digital currency (CBDC), as it draws closer to releasing the project.

The Swedish CBDC dubbed “e-krona” is created as a blockchain-powered currency for everyday banking activities in the country, such as payments, deposits, and withdrawals from a digital wallet.

“E-krona would be an alternative to cash and is aimed at making payments, deposits and withdrawals simpler via a mobile app. The Riksbank is reviewing the possibility of issuing a digital complement to cash, an ‘e-krona’, and whether it could support the Riksbank in the task of promoting a safe and efficient payment system.

The e-krona would also “reduce the risk of the krona’s position being weakened by competing private currency alternatives…Making payments in e-krona will be “as easy as sending a text,” the Riksbank added.

This transition from cash to digital monetary systems will indeed be easy for Swedish residents, especially with the country ranking as the least cash dependent county in the world; making it a perfect test environment for how central banks can react to people using less of the money they print.

The Riksbank says it has not made any final decision on whether to issue an e-krona and that the pilot, which is being developed by consulting firm Accenture, would simulate e-krona usage in an “isolated test environment” prior to public release.

The pilot program is set to run until February 2021 and will use blockchain technology.

Did you know? CBDCs are traditional money, but in digital form, issued and governed by a country’s central bank.