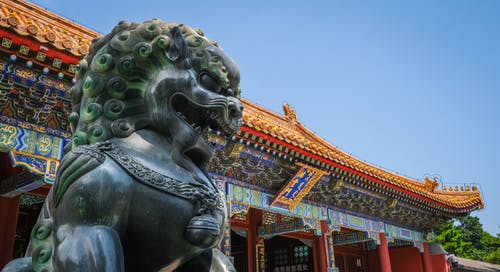 The incoming Bitcoin halving revives hopes of higher prices as an anonymous analyst presents quantitative analysis to support a $100,000 valuation. Meanwhile, cryptocurrency banks are being introduced in the US State of Wyoming as China blocks blockchain explorer, Etherescan.io with its infamous firewall.

Cryptocurrency analyst Plan B reveals new predictions for the value of Bitcoin. Using quantitative analysis, his analysis suggests Bitcoin prices are on a path to $1 million.

Bitcoin halving is a process whereby the reward to Bitcoin miners for contributing to the block is reduced. The creator of Bitcoin created the process in order to ensure that the inflation rate of the cryptocurrency is controlled, unlike fiat currency. It is predetermined and will continue occurring until the last Bitcoin is mined. The date of the last mining procedure for Bitcoin is likely to be in the year 2140.

Previous halvings in 2012 and 2016 resulted in significant increases in the value of Bitcoin. To many, the incoming Bitcoin halving could serve as a big boost to Bitcoin value.

“The hypothesis in this study is that scarcity, as measured by SF [stock/flow], directly drives value.”

“Stock is the size of the existing stockpiles or reserves. Flow is the yearly production. Instead of SF, people also use supply growth rate (flow/stock).”

“The predicted market value for bitcoin after May 2020 halving is $1 trn, which translates in a bitcoin price of $55,000. That is quite spectacular. I guess time will tell and we will probably know one or two years after the halving, in 2020 or 2021. A great out of sample test of this hypothesis and model.”

Meanwhile, China places stronger restrictions on the Ethereum ecosystem. It is blocking one of the most important sources for blockchain data on Ethereum, Etherscan. Individuals in China will no longer be able to access the Ethereum blockchain explorer website, Etherscan.io.

The reason for the restriction is not clear. Founder and CEO of Etherscan, Matthew Tan cannot ascertain why the block took place.

US State To Establish Cryptocurrency Bank

Meanwhile, US State Wyoming is in the process of establishing two banks that will specialise in cryptocurrency transactions. Wyoming is one of America’s most crypto-friendly states, having worked on different laws to empower cryptocurrency businesses.

The general counsel of Wyoming’s Banking Divison, Chris Land, says the first applicants for the cryptocurrency banking licenses are being reviewed.

“We’ll review their applications closely and determine whether they have a proposal that meets our high standards and doesn’t present significant risks to the state or national financial system.”