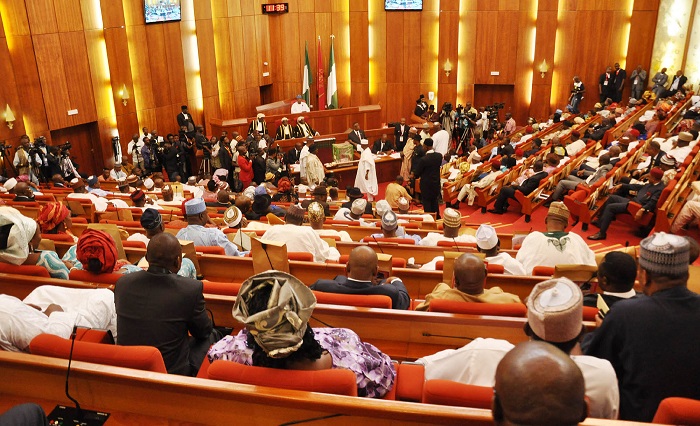 The recent move by the Central Bank of Nigeria to ban cryptocurrency transactions and exchange trading has met opposition by members of the Senate who have now invited the agency for an explanation.

Following its sitting on Thursday, the Senate resolved to invite the CBN and the Nigeria Securities and Exchange Commission (SEC) to a hearing which will have its committees on Banking, Insurance, Capital Market, ICT and Cybercrime all in attendance within two weeks.

The new date is said to allow the agencies to their case on the opportunities and threats posed by cryptocurrencies on the nation’s economy.

As with all motions, diverse opinions were expressed by the members of the upper chamber.

Sponsor of the motion “CBN vs Cryptocurrency ban” – Senator Istifanus Dung Gyang (Plateau North) recalled the notice by the CBN and cited its concerns:

“…that Crypto currency by nature is anchored on anonymity, obscurity and concealment of its patrons and actors making it difficult if not impossible to trace, track and uncover those that may deploy it for ignoble and illegal usage such as money laundering, terrorism financing, drug purchase, cybercrime, etc.

He however noted that the CBN directive had triggered wide reactions from Nigerians making it a topic for national discussion.

“Realized that Cryptocurrency is both an opportunity and a threat, hence the Senate has a responsibility to ensure that the nation and citizens do not miss out on the opportunities that Cryptocurrency offers and in the same vein, mitigate and prevent likely consequential effects on the nation’s economy and security,” Gyang said.

Co-sponsor of the motion Senator Mukhail Adetokunbo Abiru (Lagos) stated arguments for and against cryptocurrency transactions in Nigeria, especially noting its benefits to the economy.

Abiru said, “In Nigeria in particular, it is also important to underscore the fact that in the last five years, we have had people trading in cryptocurrency to the tune of over $500 million dollars, that’s to tell you how it is gradually gaining traction.

“…Now, in particular, we must also mention that last year, during the EndSARS protest – the CBN banned the account of the EndSARS young lads – cryptocurrency was what they resorted to. Clearly, what it is telling us is that it is good to ban because of the challenges it has also presented. But, honestly, the reality is that banning it doesn’t take it away.”

The lawmaker, added, “In the US, as it is planning to come about the stimulus package of about $1.9 trillion dollars, one of the major investors there, Elon Musk, just recently on Monday put in about $1.5billion of his assets into cryptocurrency.

“What that has done is that the value of cryptocurrency has been further enhanced. Today, I understand it is within the region of about $50,000 (USD) per Bitcoin.

At this time, Nigerians await a final resolution on cryptocurrency status which will offer more clarity to the industry.

It is however up to lawmakers to decide whether to follow the trend and future adoption as reported by Tesla, Mastercard, and more companies / nations getting involved in digital currency or out rightly miss the chance.

What are your thoughts on this? Is this the year of a massive Bitcoin and cryptocurrency adoption?