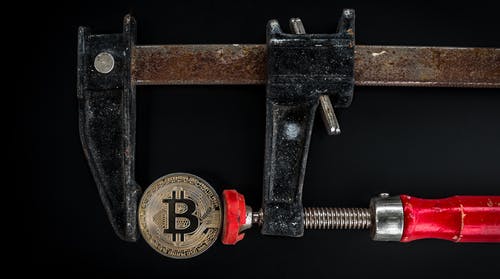 Billionaire and owner of the NBA’s (National Basketball Association) Dallas Mavericks, Mark Cuban engaged in a Twitter discussion, expressing his thoughts on Bitcoin (BTC). Mark’s discourse suggests he has reservations about how Bitcoin can reach mainstream adoption like other great products and services.

Cuban’s professional basketball team, the Dallas Mavericks became one of the first teams in the NBA to sell tokens and merchandise for cryptocurrencies. The team accepted Bitcoin for game tickets and merchandise.

In recent times, Cuban has become more vocal about major cryptocurrencies such as Bitcoin and Ethereum. He holds several reservations with respect to the mainstream adoption of the tokens.

“I’m not opposed to BTC . I understand every argument being made.The world is littered with great products/services that failed for lack of consumers”

“There was hundreds of billions of dollars of onchain transaction volume last year (not exchange traded volume). It is more popular than Venmo, PayPal, and Apple Pay.”

During 2019, the number of Bitcoin millionaires also increased substantially, growing 30% since September 2018. Over 2,100 addresses contained more than 1,000 bitcoins. This amounts to 0.01 percent of all bitcoin addresses.

In Africa, Bitcoin holdings are also growing significantly, especially in Nigeria, South Africa, and Ghana. Nigeria experiences millions of dollars in trading volumes a week. People trade over $4 million dollars of cryptocurrencies on a weekly basis in the region. OTC trades push the figure higher.

Google Trends analysis shows that Nigeria and South Africa top the platform’s rankings in terms of search interest in Bitcoin. 80% of people in Sub-Saharan African are unbanked. Bitcoin has provided the unbanked with a more seamless and cheaper way to access financial services