Another US Presidential Candidate Churns Out Support for Cryptocurrencies 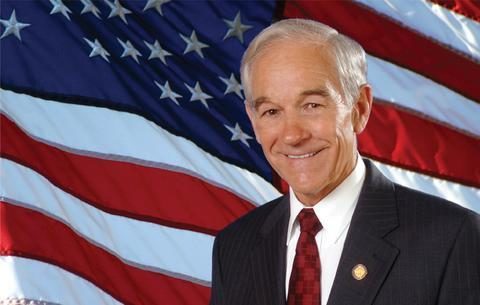 With Facebook’s cryptocurrency hearing hours away and as reactions to President Trump’s tweet continue to pile up, former Republican congress man and three-time US Presidential Candidate – Ron Paul says “I’m all for cryptocurrencies, I like competing currencies”.

Speaking at a recent interview, Ron Paul says he is in favour of cryptocurrencies and blockchain technology because he likes competing currencies, as he goes on to describe cryptocurrencies as a great idea urging that governments only involvement should be against fraud. In his words:

I’m for the least amount of regulation; I don’t know what’s going to happen to cryptocurrencies. I think it’s a great idea. And I only have one rule: no fraud…I think that the government has a role and that is, if someone has a case that there is fraud, I think it should be investigated…What I want to do is legalize the freedom of choice, absent blatant fraud.

Ron Paul also highlights comparisons between cryptocurrencies (Bitcoin) and traditional asset (Gold); as he says both assets are competing with fiat money.

Paul notes that “Governments aren’t very tolerant of competition; they’re not even tolerant with using the constitution to compete with the fiat dollar. Because gold and silver, you can’t use it.”

From his comments, Paul joins the list of ‘pro-bitcoin’ US Presidential candidates, with Andrew Yang being the most outspoken on the crypto topic, considering his outlined bill and policies to promote cryptocurrencies in his manifesto.

In 2014, Paul had expressed bullish views on cryptocurrency, though at that time he opined that fiat currencies / paper money still was dominating the financial space.

At this time, many believe that considering the very little support for President Trump’s recent tweets on Bitcoin, Crypto and Facebook’s Libra, the topic will form a part of debates in the coming US 2020 election.