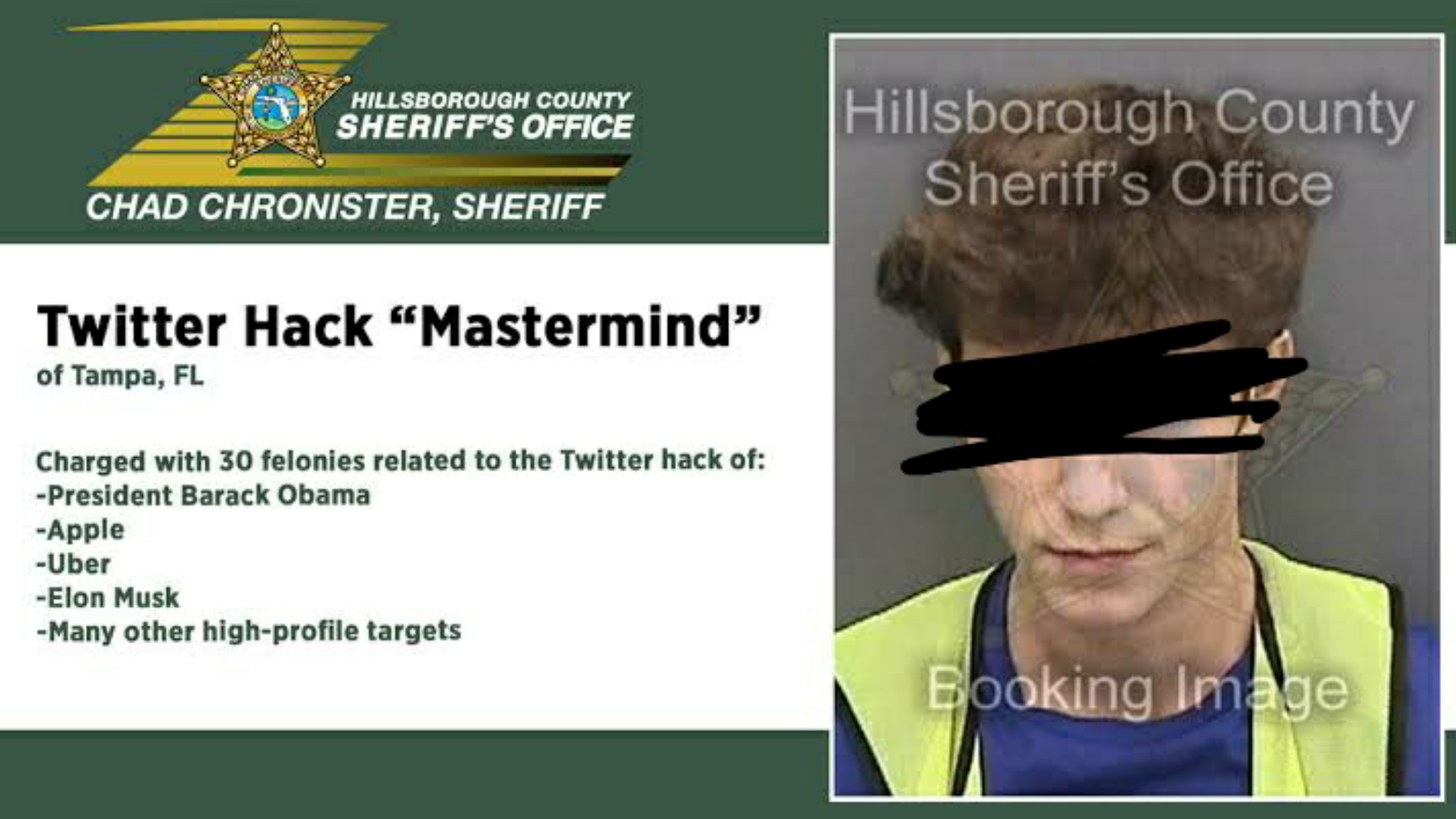 Authorities in the United States have arrested a 17-year old male – Graham Ivan Clark, claiming he is responsible for the recent Twitter hack.

According to a July 31 report by Verge, the FBI, IRS, US Secret Service, and Florida Law enforcement have taken the teenager into custody in connection to being the mastermind behind Twitter’s biggest security and privacy beach till date.

Clark is said to have pretended to work for Twitter’s IT department hence gaining access to the company’s customer service portal from an employee.

An affidavit to its effect reads:

To wit: Clark without authorization gain [sic] access to Twitter Inc.’s Customer Service Portal. Clack used social engineering to convince a Twitter employee that he was a co-worker in the IT department and had the employee provide credentials to access the customer service portal.

Clark then accessed the Twitter accounts of prominent individuals, including VP Joe Biden, former President Barack Obama and business [sic] such as Apple andsuch as Apple and Coinbase. Clark then posted on their Twitter accounts a communication that if Bitcoins are sent to accounts they will be doubled and returned to the victim. Clark did not return the funds and he moved the funds to another account. 10 prominent people had their personal identification information in the form of a verified [sic] Twitter Account use without consent be used [sic] in the fraudulent activity. Clark received approximately $117,000 during the commission of his scheme to defraud.

The arrest comes two weeks after about 130 verified Twitter accounts were breached including those of Bill Gates, Barack Obama, Elon Musk, and more.

Most notably, Twitter handles of cryptocurrency exchanges were also attacked, and unsuspecting victims conned into sending their Bitcoin (BTC) to the hackers wallet address under the guise of a fake COVID fund.

Charges Against the Accused

The teenager “Clark” is said to be a resident of Tampa, Florida and will face legal proceedings in the area.

In a press conference on his arrest, Hillsborough State Attorney – Andrew Warren is quoted:

“Our offices found 30 felony charges against Clark, including organized fraud, communications fraud, identity theft and hacking…The state attorney’s office is handling this prosecution rather than federal prosecutors because Florida law allows for us greater flexibility to charge a minor as an adult in a financial fraud case like this.”

Speaking further, Attorney Warren revealed that Clark’s hacking plans had been in motion since May 3, 2020 and completed on July 16, 2020 ( a day after the hack) as he added:

“Make no mistake, this was not an ordinary 17-year-old, this was a highly sophisticated attack on a magnitude not seen before. It could have been an extremely high amount of loss.”

Also released was a statement by the United States Department of Justice (DOJ) against two (2) other alleged conspirators linked to the Twitter “Bitcoin” hack they include: a 19 year old UK resident Mason Sheppard a.k.a Chaewon, and 22-year old Orlando, Florida resident Nima Fazeli aka Rolex.

Sheppard is charged with conspiracy to commit wire fraud and money laundering. Fazeli is charged with aiding and abetting the intentional access to a protected computer.

Authorities are said to have in their possession a chat log between both accomplices and a yet-to-be identified third party using the alias “Kirk.”