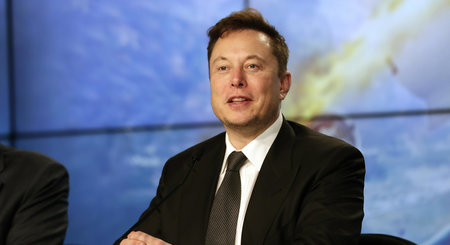 Elon Musk – the current world’s richest man and founder of Tesla has again strengthened his crypto roots, saying he would never turn down an opportunity of being paid in Bitcoin (BTC).

While responding to a tweet by Ben Mezrich – writer of the movie The Social Network and author of Bitcoin Billionaires who posted: “I’m never turning down getting paid in bitcoin again,” Musk replied: “Me neither.”

Following his response, commenters on twitter hailed the billionaire, with some suggesting he accepts the number one cryptocurrency as payment for Tesla cars.

Others hinted that investing in BTC would send him higher on the world rich list.

While Elon Musk enjoys his latest feat as the world’s richest man, and with Tesla stocks also hitting new highs, Bitcoin still gets the attention of many big investors who now rue not buying the cryptocurrency early.

The recent tweets and discussions about BTC by many influencers of Musk’s caliber has seen interest in the coin soar in recent months.

This current publicity has pushed Google search trends for BTC as more people look to get a hold on the fast rising asset; up over 600% from the March COVID crash which affected the crypto market and stocks.

For Elon Musk, he has always acknowledged Bitcoin and other cryptocurrencies such as DogeCoin which he proposes to use as the official currency of his Mars project.

Many believe that Musk joining the bitcoin train could further push prices higher due to his influence. The billionaire had in December notably discussed adding Bitcoin to his company’s balance sheet following the footsteps of MicroStrategy boss – Michael Saylor who has turned his million dollar btc buys into about 1.7 billion – thanks to the bull run.