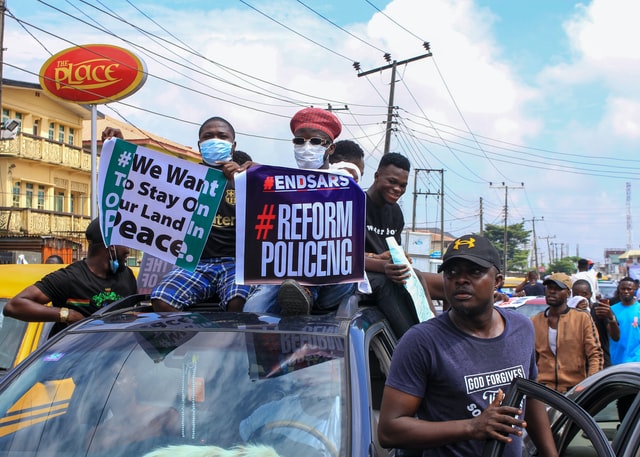 Twitter CEO, Jack Dorsey has called for Bitcoin donations to be made to support the efforts of people protesting for police reforms in Nigeria.

Around the world, more people have joined the movement for police reforms in Nigeria, including Twitter’s CEO, Jack Dorsey. In a tweet, he tells followers to donate via Bitcoin to support the movement. His tweet included a link to a censorship-resistant cryptocurrency donation site which is run by a group of feminists, many of whom had their bank accounts frozen or closed during the protests.

Thousands of Nigerians have taken to the streets with thousands more joining them across the globe to call for police reforms. The nation is crying for change and the world is hearing its cries.

The ripple effects of the youths’ freedom of expression can be felt across the globe as the winds of change create waves of revolution. While some may believe that it is too early to tell, this is a moment in history that will change the path of Africa’s most populous nation in more ways than one.

Protestors complain of police brutality by a unit of the police force, SARS and the thousands of cases where claims of assault by victims have gone unanswered. Every day, innocent men, women, and children across the nation fall victim to abuse of power by bad eggs in the SARS unit of the police force. Even during the protests, unarmed men and women have been shot or assaulted, reminding Nigerians that there is still much work to be done to protect fundamental human rights in the nation.

The presidential panel on the reform of the special anti-robbery squad (SARS) accepted the five-point demand of the #EndSARS protesters. The demands included calls for:

• Immediate release of all arrested protestors

• In-line with the new police act, psychological evaluation & retraining of all disbanded SARS officers before they can be redeployed

• Increase police salary so that they are adequately compensated for protecting the lives and property of citizens.

It remains to be seen exactly how the government and police of the Federal Republic of Nigeria will implement the solutions demanded by protestors but with each new day, hope grows for all sides to benefit from a new path in the nation.

Photo by Tobi Oshinnaike on Unsplash