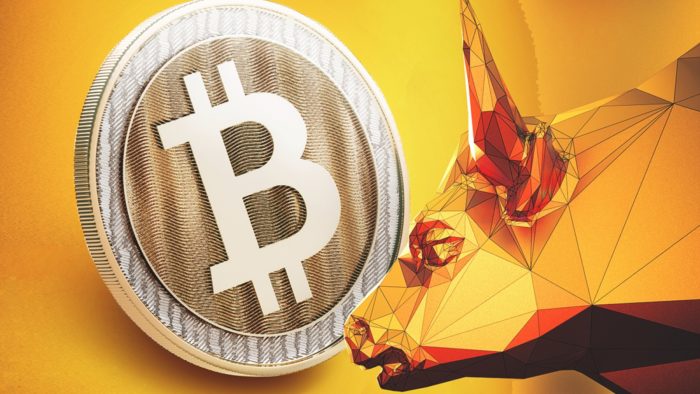 While many bitcoiners lament over the recent price stagnation, top analysts and industry experts have made very bullish predictions on the price of Bitcoin for the coming decade 2020-2030.

We take a look at three (3) of such predictions and possible factors that could lead to these new all-time highs.

Bobby Lee, CEO of BTC China (BTCC) predicts a very high rise for Bitcoin to $1 million per coin by 2028.

According to Lee’s explanation, he opined that the upcoming Bitcoin halving and the corresponding shortage in btc supply, will trigger a flippening which will see BTC top Gold by 2028.

Lee believes that despite Gold’s current market cap of about $8 trillion, Bitcoin BTC will flip this market cap in about 9 years (2028) and shootup in price to a million dollars.

Mr Lee further backed his predictions using the stock to flow (SF) model – which measures the scarcity of a commodity based on annual production. This is possible as the SF ratio has proved effective in correlating prices in many commodities such as gold and silver.

Gold’s SF currently sits at 58 and BTC at about 25.8; a figure Lee expects will change by May 2020 after the halving.

To further buttress his arguents, Lee says the monetary easing policy of global economies and inflation will also play a part in Bitcoin’s price.

In all, Lee believes $500,000 due to flippening and bitcoin halving, and an extra $500,000 courtesy of the government policies.

Tim Draper – a venture capitalist and popular cryotocurrency figure, gave reasons for his bitcoin to $250,000 price based on its evolving payment initiatives.

According to Draper, Bitcoin’s Lightning Network and payment processors such as OpenNode will boost BTC to high price levels. He opined:

Draper believes an increase in Bitcoin’s mass adoption especially in its use case for (speedy) payments will push the value and corresponding price of BTC to new highs.

Tom Lee gives a more conservative and most probable bitcoin prediction for the year 2022.

The Fundstrat analyst based his price call on Bitcoin’s network value as a key factor in breaking its previous $20,000 all-time high.

Tom Lee argures that this long term forecast will be achieved through investor involvement in the Network. He states:

If you double the users hold [bitcoin], you get a quadrupling of value. To go to $25,000 you essentially need a little less than 4x rise, which means you need to double the number of people who hold Bitcoin.

He goes on to analyse BTCs growth in correlation to FAANG stocks ( Facebook, Amazon, Apple, Netflix and Google) and adoption of the internet. Here Lee postits that 70% of returns in FAANG stocks were in line with the development of the internet; and this same rate of internet adoption will determine the growth of cryptocurrencies.

In other words, it’s a LOG function of the internet’s growth, and that’s how cryptocurrencies are going to work.

Other Bullish Forecasts of Bitcoin’s Price

Cardano (ADA) coin founder Charlie Hoskinson had also recently aired his opinion on Bitcoin’s future price which he predicts to hit $100,000; although he gave no definite time frame.

Hoskinson stated that once the current FUD and market manipulation clears out, Bitoin will see $10k per BTC again and $100k eventually; as he affirms that crypto is unstoppable.

He further explained that Bitcoin remains a benchmark for other coins and that its survival is essential to the survival of most other cryptocurrencies.

Do you share the same views as these analysts? What’s your price prediction for Bitcoin (BTC) by 2030?