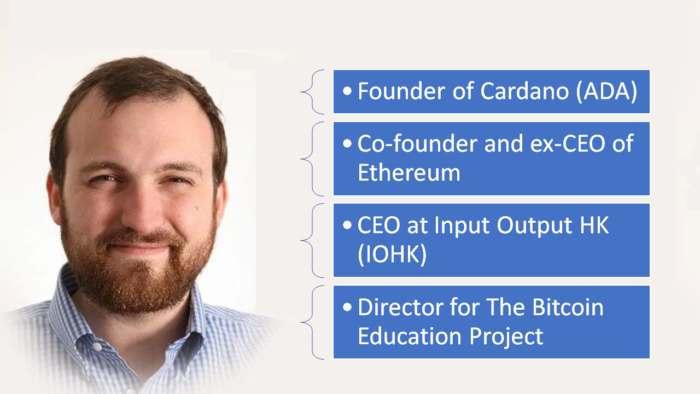 Former Ethereum (ETH) co-founder now turned Cardano (ADA) creator – Charles Hoskinson says Bitcoin (BTC) will be back over $10,000; with a possible breakout to $100,000 in the future.

Hoskinson who made this known in an official tweet, advised the cryptocurrency community to shun the current FUD (Fear, Uncertainty and Doubt) caused by the dip in Bitcoin and crypto prices over the recent weeks. The Cardano boss noted that Bitcoin is more than speculation, and that the currrenct dip is an effect of media FUD and market manipulation.

“Bitcoin’s price is going down? Remember everyone, after the FUD, news trading and manipulation clears out, we still have a global movement that’s going to change the world. We will see 10k btc again and welcome 100k. Crypto is unstoppable. Crypto is the future.”

The Cardano founder reiterated that Bitcoin is more than just basic price movements; as he expects the world’s number one cryptocurrency to see more gains in the future.

In recent weeks, Bitcoin (BTC) has seen a notable decrease in price following its dip below the $10,000 mark in early November. The number one cryptocurrency is currenctly trading at $7,185 haven continued its volatile movement around the $6,800 – $7,000 region.

While the fundamentals and other coin metrics such as BTC dominance, hash rate, and daily volume thrive; Bitcoin’s price movement over the course of the last 30-days has been very little.

Altcoins have not been left out of the dip season too, with many alts losing double figures just as BTC tanked. For gaining altcoins, most price increase have been due to coin announcements such as exchange listings and partnerships other than a bullish market scenario.

In all, despite the odds at this time, analysts remain bullish in the short and long term especially with the Bitcoin halving coming up in May 2020.

It is yet to be seen if this bullish predictions will play out, however the genral market psychology says hodlers are in for A Good Time soon.