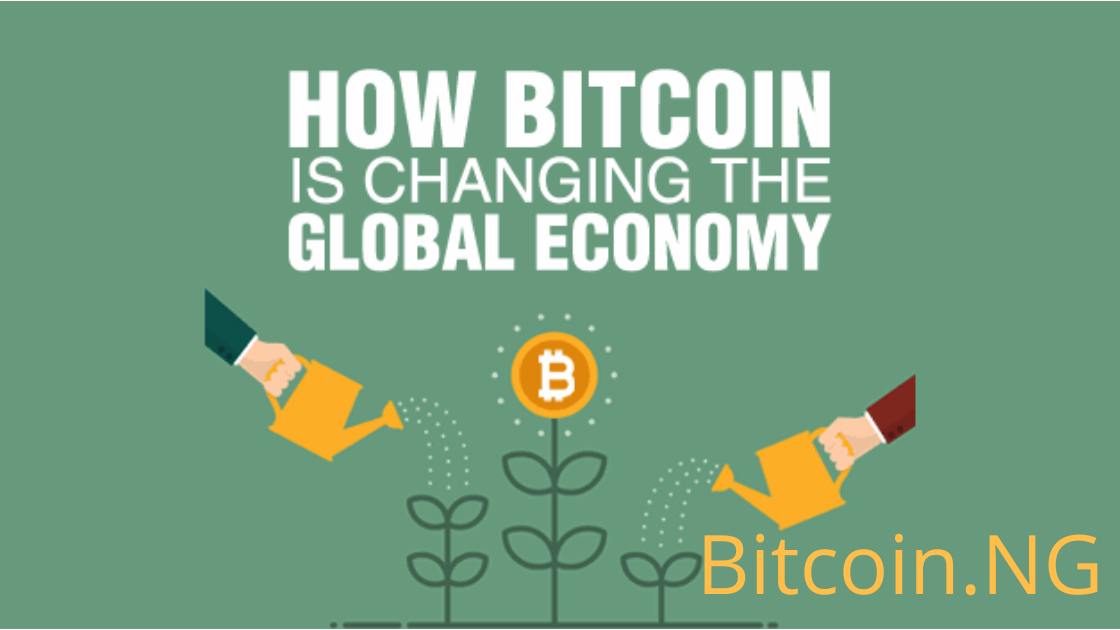 On its launch 11 years ago (2009), Bitcoin was a relatively unknown currency or asset which as at today has asserted its influence in the monetary and financial sphere of the global economy.

Bitcoin’s current popularity and impact could be attributed to its huge investment returns, sloppiness of the current financial system, global inflation, among other factors.

The number one cryptocurrency has remained relevant year after year over the past decade and looks set to continue its charge for the coming decade 2020-2030; haven started 2020 with a $1,700 increase from its $7,000 year start price.

In this publication, we take a look at the impact of Bitcoin on the current financial sector.

A New Asset Class and Best Investment of the Decade

Bitcoin has stamped its authority as an investment instrument which has seen many opt to hold funds in the cryptocurrency rather than hold in traditional fiat cash.

The reason for this isn’t far fetched as Bitcoin has maintained an upward trend each year, and has notably always doubled on its open price every year. For example, in 2019 BTC price opened at around $3,400 and closed at $7000 in December; after retracing from 2019’s all-time high of 13,500.

According to a recent CNN publication, Bitcoin ranked as the best performing asset of the decade with over 9,000,000% ROI since its creation, as it outpaced other stocks and investments such as Netflix which came close with a $4100% ROI.

Bitcoin notably rose to $20,000 in late 2017 before price corrections ensured. Yet despite the dip, Bitcoin fundamentals have grown over the years highlighting BTC as indeed a boss asset.

Financial Institutions Get the Message

The benefits of Bitcoin and cryptocurrency which includes cheap fees, instant transfers and less processes for international payments, has led to increased discussions for a central bank digital currency (CBDC) globally.

Traditional financial institutions have been given a filler to improve their services or risk loosing the financial space to emerging fintech/cryptocurrency companies.

Bitcoin has woken up the financial sector to the need for better services and payment models, with banks seeking to launch or integrate blockchain and digital currency payments to their services.

Bitcoin has become real competition forcing these institutions to level up.

Bitcoin’s birth has taken financial education to a whole new level for banked and un-banked populations.

People have become more aware or are trying to be more aware of their financial literacy needs, with many ready to learn about the potential of cryptocurrencies .

Cryptocurrency courses, websites, YouTube videos and more have become highly consumed content; with crypto influencers educating lots of people on Bitcoin’s potential – how to trade, how to avoid scams, and many more.

The ongoing geopolitical and economic tensions among nations has led to national banks injecting more cash in circulation hence increasing tendencies of an impending inflation.

Central banks have been injecting money into the markets as they aim to keep liquidity high and issue more loans which consequently increases the overall debt profile.

Statistics show that this trend has continued over the years notably with USA and China.

These financial institutions are known to manipulate the financial system to keep themselves afloat when the markets turn red.

This reiterates the words of Satoshi Nakamoto:

“The central bank must be trusted not to debase the currency, but the history of fiat currencies is full of breaches of that trust.”

Bitcoin on its part solves this madness; first by being the only form of currency with a finite supply that is – there will only ever be 21 million bitcoins in circulation hence removing the inflation tendency and manipulation by any single authority.

By virtue of this, bitcoin creates value by scarcity and places financial power in the hands of the individual.

Additionally, bitcoin’s underlying blockchain technology further makes it the first currency to be totally transparent and incorruptible (cannot be manipulated). Bitcoin till date remains the only currency which cannot be quantitatively eased on demand by any global institution.

Currency Independence is a goal!!!

Aside the price gains and ranking as an investment tool, Bitcoin BTC has impacted lives, institutions, and is breeding a new financial clarity for all.