Facebook Coin: MasterCard and Visa Pull Out of Libra Association 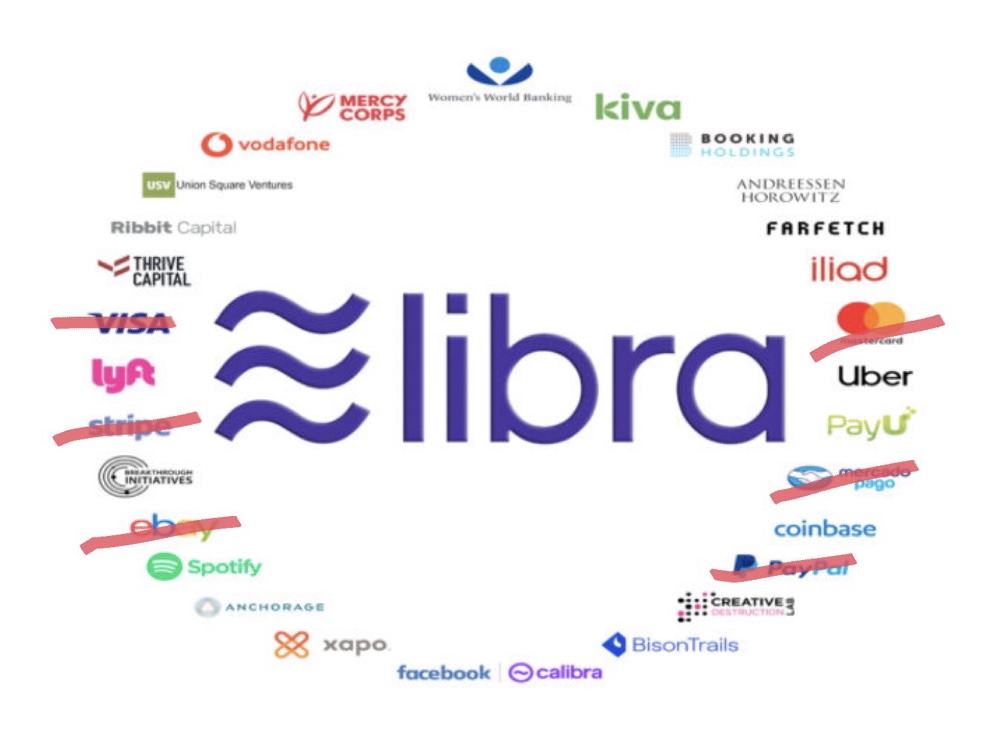 In a tumultuous week for Facebook’s Libra coin plans, four (4) members of the Libra Association have announced they are dropping out of the Facebook stablecoin project.

Note: The Libra Association is the governing body for the proposed Facebook coin – Libra. Before this recent exit the association consisted of 28 member companies, with over 1,500 on the waiting list.

As reported by Bloomberg Oct 11, Ebay, Stripe, MasterCard and Visa have pulled out of the proposed Facebook Libra cryptocurrency project; following the steps of PayPal which announced its quit last week.

After the exit of PayPal, rumours had circulated on the possible dismissal of the project by these companies, and these recent announcements have confirmed it.

Speaking on its decision, Stripe in an official statement said:

“Stripe is supportive of projects that aim to make online commerce more accessible for people around the world. Libra has this potential. We will follow its progress closely and remain open to working with the Libra Association at a later stage.”

According to the announcements, Libra members are concerned about the scrutiny and criticism generated by the Facebook coin project. With regulators raising questions on Facebook’s suitability to launch a financial product considering its failed policies.

The companies hint that being members of the project could harm their relationships with regulators; a scenario which they seek to avoid. There are also arguments that early claims by Facebook that regulators will be comfortable with the Libra have all been bluffed.

They however expressed support for Facebook’s vision and potential in the project, but at this time will rather stick to other projects.

Facebook has made no official statement on this latest exit. The Libra Association had initially acknowledged PayPal’s exit saying “We’re better off knowing about this lack of commitment to the project now, rather than later.”

Facebook CEO Mark Zuckerberg is scheduled to testify before the US Congress on October 23, 2019 where he’ll answer questions concerning the Libra coin.

The US Congress is said to have drafted a bill titled ‘Keep Big Tech Out of Finance Act’ to prevent large, private companies from launching financial products.