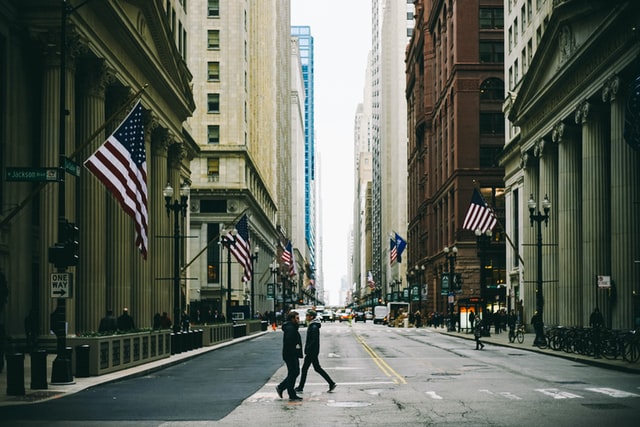 A pickup in volatility is expected for Bitcoin due to the U.S. elections. Investors’ expectations of how turbulent the cryptocurrency markets could be over the next four weeks rose to a two-week high of 59%.

Implied Volatility for Bitcoin as America Decides in the U.S. Elections

As America decides between a future led by President Donald Trump or Joe Biden, investors in the cryptocurrency markets restrategize for what could be a turbulent four weeks following the U.S. elections.

In the midst of the elections, tensions have been rising in U.S. Even law enforcement have been worried about not only threats of violence in the streets but also threats online.

According to Kristen Clarke, executive director of the Lawyers’ Committee for Civil Rights Under Law,

“We are very concerned about groups lurking and trying to intimidate voters in particular communities,”

Tensions Rise While Crypto Investors Have a Rethink

In 2020, gun sales in the U.S. have been at record highs, further convincing many that the likelihood of civil war in the nation may not be so far-fetched.

“People are upset and scared, and frustrated…I think there will be unrest, regardless of whichever candidate is in the lead.”

While a civil war is highly unrealistic, there is little doubt that the elections could be highly contested, causing traditional markets to suffer, which in turn could negatively affect the price of Bitcoin in the short-term.

Analysts expect a bull run for Bitcoin after the dust settles and the amount of negative-yielding bonds in the nation rises. More investors may seek returns from the cryptocurrency following the change in tides for traditional markets.

Meanwhile, the U.S. 2020 elections have boosted upward momentum in the cryptocurrency prediction markets, where people are placing bets on events tied to the outcome of votes.

Photo by Josh Wilburne on Unsplash