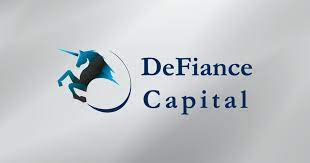 Singapore-based Web 3 crypto concentrated corporation, DeFiance Capital, has publicly admitted that some of its assets have been affected and incriminated by the insolvency situation of its contender, Three Arrows Capital.

According to DeFiance executive Arthur Cheong, in a Friday Twitter broadcast, the company has been “materially affected” even as it had “no visibility” on the economic condition of Three Arrows Capital. He said that he became informed of the liquidity challenges as soon as the news was published in June.

The tweet further buttressed that the company, headed by “Arthur Cheong is committed to taking all the necessary steps to protect, preserve and recover all assets which are and were owned in the context of DC’s business.”

There were also points highlighting that DeFiance operates as a distinct entity to 3AC and “none of DC’s assets under management were raised from Three Arrows Capital.”

3AC was reported to have been exposed to liquidity challenges following the harshness of the crypto market in June. While all rival companies distanced themselves from the situation, stating that none of their assets had been left under the management of 3AC, DeFiance had further pointed out that steps were being taken to fix the challenge.

A variety of crypto firms have been implicated by 3AC’s downturn with Voyager Digitals recently filing for Insolvency after sending out a default warning of $670million to the unsettled platform.