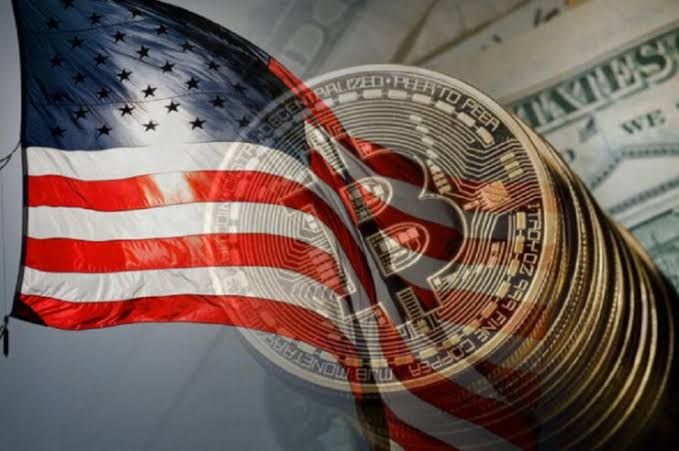 The hearing held before House Representatives of the Fintech Task Force, had in attendance a number of payment companies, consumer witnesses and non-profit institutions.

During the hearing, discussions on cryptocurencies and blockchain technology seemed to spark more interest; as members of the Task Force looked to proffer answers to the issues of financial inclusion and delays in traditional payment processes.

A top member of the task force, Rep.Tom Emmer was first to bring up the subject of cryptocurrencies. He started: “…Apple Pay, Zelle, Square Cash and even Bitcoin are now household names…The opportunities that they provide to both build a financial future for individuals, but also to empower individuals to control the value of their own assets, separate from government control.”

He continued by expressing concerns on the issue of regulation and its effect on innovation:

“There’s a whole environment out there of brilliant, genius, young people who are coming up with new ways to transfer value every single day. I worry that we’re going to crush that entrepreneurial spirit and that advancement.”

In his closing remarks, Rep Emmer went on to list a number of cryptocurrencies including Bitcoin (BTC), Ethereum (ETH) EOS, Monero (XMR) and Zcash; as he pointed out uses cases for each.

Another Rep member, French Hill focused his questions on a blockchain-based rail in the banking system. He asked the witnesses: “Can we have an approved regulatory payment rail that’s blockchain-based, that’s available to banks and non-banks equally?”

One of the witnesses – Kim Ford, Director US Faster Payments Council responded: “I don’t think it would be a limitation of technology being able to support that rail, it would actually come down to whatever policy limitations are in place.”

In his own response, PayPal’s head of global public policy Usman Ahmed acknowledged that blockchain payment models have already taken off in some areas. He stated: “For smaller-amount payments I think you are seeing some blockchain-based payments,” as he subsequently added that the prospect of widespread adoption was “still very much in the air .”

Rep. Hill further commented on his admiration of a digital dollar.

US Falling Behind its Pairs

Many Congress members and witnesses affirmed that the US is behind its counterparts such as China; especially with the declining use of cash and the United States choosing to focus on regulation rather than technology.

Christina Tetrault of Consumer Reports said: “American adoption of mobile payments continues to lag, and unfortunately, payments law is an irrational mess.”  She also described arguments that digital payments are “new” as irrational.

Aaron Klien – a witness and fellow of the Brooklyn Institute remarked: “It pains me to say this, but China’s system is much more efficient, much faster, and has reached a level of adoption that is somewhat mind-boggling,”

Fintech Task Force Chairwoman – Rep. Lynch in her remarks described crypto as an inevitable component of the digital payments conversation. Lynch told members: “I think the answers are out there, some of it is technology, some of it is maybe light-touch regulation, but it’s a conversation we’re going to have.”

On the prospects of Bitcoin and Blockchain she remarked cautiously:

“I think there are some open questions about energy consumption for a proof-of-work system, such as Bitcoin. Right now, the adoption hasn’t got to the level where people are using it for daily transactions, necessarily, but we’re early in this process.”

“Blockchain and other technologies — tokenized systems — present the opportunity for instantaneous settlement. It’d be very disruptive of the system, but you lower the cost.”

Opinions and arguments from the hearing indicate a high level of consciousness with regards to cryptocurrencies and blockchain technology.

The US Congress generally agrees that its traditional financial system lacks the required efficiency for payments and settlement of transactions. However, they seem focused on getting the regulation right while Asian nations such as China already headway with digital currencies and digital payments such as AliPay.

In all, it is interesting to see digital currencies stirring up activity in the payment world. Traditional financial institutions now seek ways to integrate digital assets, or offer relative services.