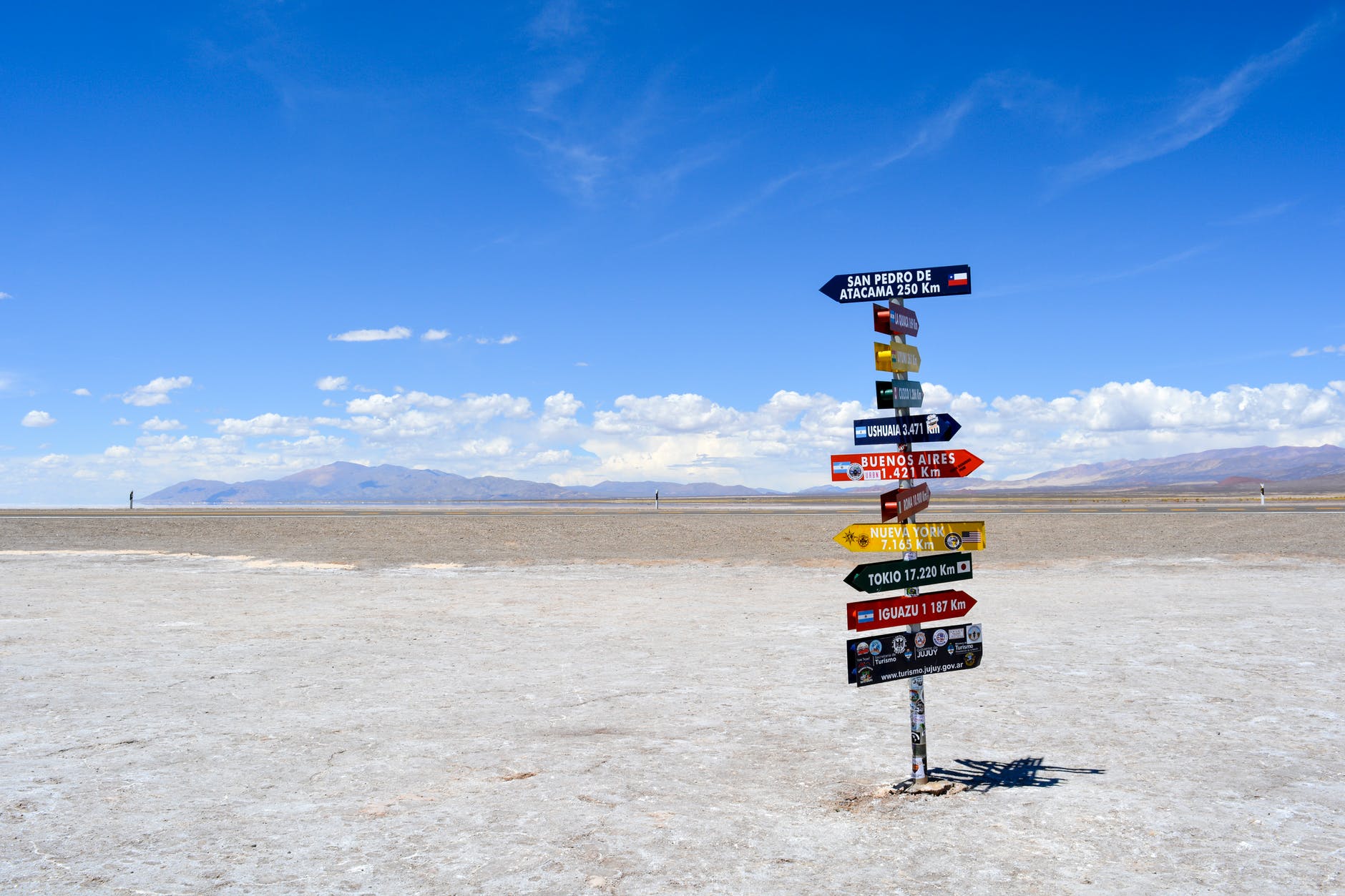 With only a few days left until the new year, Venezuela and Argentina experience record high Bitcoin trading volumes.

Bitcoin trading volumes increase in the nations as a result of inflationary pressure of fiat-currency and ineffective policies set by central banks.

In Venezuela, over 248 billion bolivars (about $24.8 million) was traded on a peer-to-peer platform for Bitcoin. This was nearly 15.6% higher than the record volume made in the previous week. 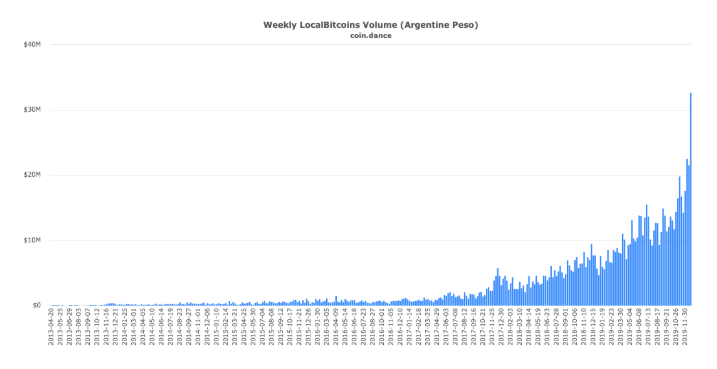 Over 32.6 million Argentine pesos (equivalent to $544,905) was traded on a peer-to-peer platform, 34% more than the record registered two weeks before. 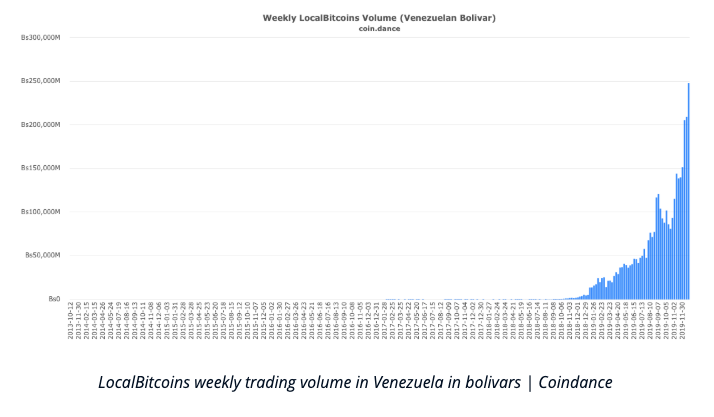 Bitcoin has been used as a method of escaping central bank policies. P2P Bitcoin trading volumes in the nation reached record highs after the nation’s central bank made attempts to reduce the inflow of Bitcoin into the country. In Argentina, people were banned from buying BTC with credit cards after also banning Bitcoin purchases of over $200 per month.

Argentina’s government planned to increase the supply of the national currency, peso, by 5% over two months. This presents high inflationary risks which, if materialised would erode millions of hours of hard-earned money in the economy.

The move is meant to ensure monetary and financial stability. The bank believes that the inflation of the Argentine peso caused by depreciation suggests a reduction in real monetary supply. The new exchange rate also lets observers project a real demand for sustained money.

Venezuelan citizens have also been able to reduce the inflationary risks and losses that result from attempting to store monetary value in fiat currency. Case in point, the bolivar.

Venezuelan citizens, on the other hand, apparently use Bitcoin to escape the extreme inflation of the bolivar. The increasing volume may also be spurred by late-September reports that the local central bank that it is exploring the possibilities of holding Bitcoin and Ether (ETH) in its coffers.

Venezuela has its own state-backed cryptocurrency. The petro was released by the government in 2018. It is meant to be backed by the country’s mineral and oil reserves. The government has promised citizens (retirees and public workers) that they will each get half of a petro each.

Many promises made by Venezuela’s government with respect to the petro have not been kept. Worries loom over the events leading up to the creation of the petro. One of the most significant reasons people worry about the petro is that it was created due in part to the need to fund the state’s operations in the face of a failing treasury underpinned by a frail economic policy.