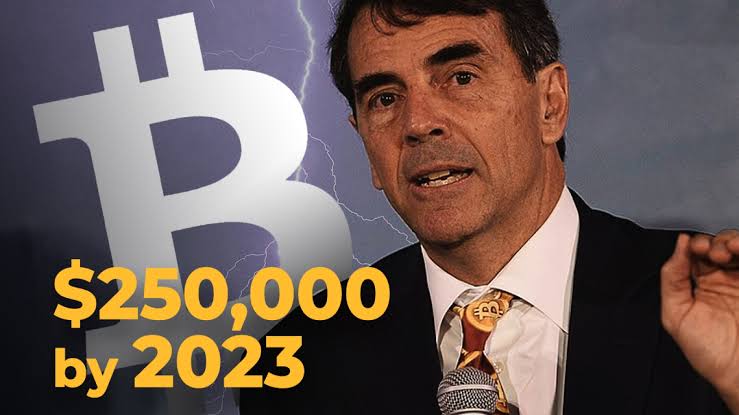 In a recent interview with FOX Business, American billionaire investor – Tim Draper says his best advice for millennials would be to ‘Buy Bitcoin’ (and more generally, crypto).

Tim Draper, a known venture capitalist and early investor in top firms such as Skype, Twitter, Hotmail, Tesla, and SpaceX, was asked to share his opinion on the best advice for millennials with regards to investing and setting aside capital for retirement.

“Well, here’s what’s happened. I mean, I think if you’re a millennial, you look at new currency, you look at Bitcoin, and you say, ‘hey, this is great because it’s not my father’s Oldsmobile’…Our banking system is the old Oldsmobile. Our banking system put them in $200,000 worth of debt. They’re coming out into this world. They are already in debt. Things aren’t quite working for them. With the current salaries, they can’t quite pay it off. It’s a really difficult time. And they’ve become renters rather than buyers because they have to…”

He continued with Bitcoin:

“Go Bitcoin, go decentralized, start building your empire in the new model that doesn’t require that you to have to pay two and a half to four percent every time you swipe your credit card to some bank or another and doesn’t require all the heavy regulations we have that are all tied to the dollar… I think if you really want it to work, I think you go Bitcoin or crypto or the new way… I would focus on the future…”

It will be recalled that in April 2018, Draper had predicted Bitcoin’s price will reach $250,000 by 2022. However, he seems to have reached a more bullish stance as he brought his predictions forward saying BTC could hit the price as early as 2020.

He remarked in an interview with BlockTV (19 December 2019):

“If you run a technical analysis, it looks like it’ll be something like six to twelve months after the halving that we will cross $250,000 per Bitcoin.”

Do you share the same opinions with Tim Draper. Let us know in the comments. Opinions here are solely of the author.