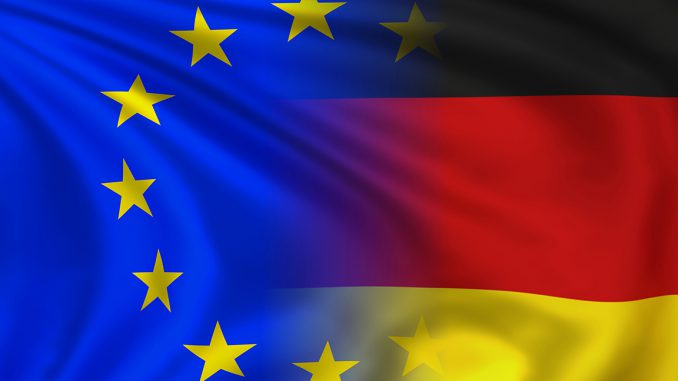 The Association of German banks have presented a paper in which they highlighted several arguments in favour of a digital euro currency, and a common pan-European payments platform.

According to the paper released by the body (Bankenverband), which serves as the organization of over 200 private commercial banks in Germany including the Deutsche Bank; the banks emphasized the advantages of digital currency stating that the economy needs a programmable digital euro.

The paper further states that the responsibility for the regulation of monetary systems should lie with the sovereign nation-states. Hence, any currency provided by banks or private companies must fit into a state-determined system; as anything else could lead to chaos or financial instability.

Making its case for the digital euro, the banks stated prerequisites to include the establishment of a concurrent, common, pan-European payments platform.

It reads: “The user of a digital euro – whether man or machine – must be clearly identifiable. This requires a European or, better still, a global identity standard. With every form of digital money, customers should be identified using a standard that is just as strict as that which banks and other obligated entities are required to apply under current legal framework pursuing the combat against money laundering and terrorist financing.”

Bankenverband banks say for the region to have a competitive payment system, it should develop a unified standard and common currency.

Opposition to Private Currencies and Competitors

Conversely, while the banks favour a digital euro currency, they exporesed reservations against a private digital currency such as Facebook’s proposed Libra coin; which they believe could prove a big competition to official national currencies and likely cause economic and political conflicts.

A snippet of the presentation reads:

…This is the only way to withstand the competitive pressure from the US , and soon possibly also Chinese technology companies…Europe must keep up with this competition so that the global financial architecture does not lead to a polarization between American or Chinese solution,” the group concluded

A Case for National Digital Currencies

The Bankenverband presentation highlights the growing interest by global banks and traditional financial institutions to either take part in the cryptocurrency/digital currency evolution or maintain control of the currency space.

Just as Germany’s Finance minister Olaf Scholz stated recently, the idea of a digital euro coin would suit the European Union, and have the region pitch its stand alongside China, Russia, US or any private companies such as Facebook planning similar projects.

While the EU follows up on the increasing digital currency spread, their United States counterparts have had some lawmakers advocate for the development of a digital dollar.

Back home in Africa, ECOWAS nations had in June proposed a unified fiat currency dubbed ‘ECO’ for the region; similar to the CFA Franc used by 8 of its total 15 member nations; in a clear lack of digital currency interest.

In sum, Facebook’s Libra announcement seems to be the catalyst for national banks interest in the digital currency discussion. However, crypto enthusiasts say these institutions are focused on centralized digital currencies (CBDC)s which go contrary to the core cryptocurrency concept of decentralization.