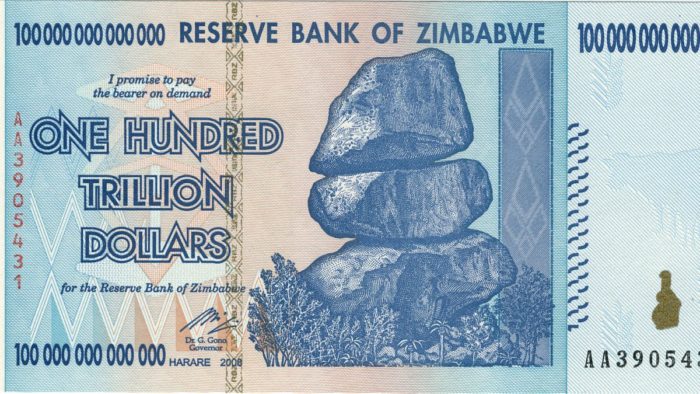 Bitcoin selling for above $100,000 per BTC in Zimbabwe

Multiple reports have emerged from Zimbabwe, hinting that citizens and residents are using Bitcoin (BTC) as a store of value owing to its government’s failing monetary policy.

The government of Zimbabwe had in a controversial decision in June, banned local trading in foreign currencies including the US dollar. The decision was made in line with the government’s choice to recall the use of the Zimbabwean Dollar (Z$ the country’s legal tender).

In 2009 the Z$ was scrapped after the fiat currency’s hyper inflation (1 USD to 35 quadrillion Z$), which resulted in Zimbabwe adopting the US Dollar and the South African Rand. At this time, the country still languishes in increasing inflation, up by 175 percent and reigniting fears of a repeat of the hyperinflation days.

In its effort to now restore the country’s fiat system, the government has shut out all foreign currencies, including an attempted halt to crypto businesses by financial institutions. However, the country’s crypto community had challenged this embargo, with the nation’s high court ruling in their favour, to allow possession, trading and exchange of bitcoin and other cryptocurrencies.

As a result of this fall of the Zimbabwean Dollar, citizens have turned to bitcoin and cryptocurrencies as a store of value to stay afloat the economic challenges.

Another factor is the inability of citizens to make online or international purchases using the Z$, as the currency’s value remains worthless.

For many, Bitcoin is the most accessible alternative to the Zimbabwean Dollar and despite talks by the financial authorities of safety regarding cryptocurrencies, citizens opine that the benefits of cryptocurrencies outweigh the risks.

One disadvantage of this latest bitcoin/crypto need is the high price set by vendors; due to the demand and scarcity of cryptocurrencies. Prices of 1 BTC on Zimbabwean exchanges are as high as $104,000 per Bitcoin, over 1000% above Bitcoin’s current price of $10,500 on regular exchanges globally.