Why the sudden interest in the Caribbean? 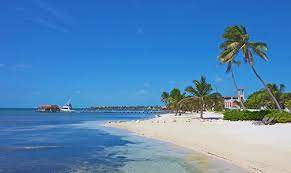 Recently, there has been an influx of crypto project owners, including Binance’s Changpeng Zhao, into the Caribbean which begs the question of what changed? why the sudden interest?

The Caribbean is prominent for many things in its 700 mini islands that strike as a paradise. Its outstanding colorful beaches and carnivals, friendly residents, and most of all, cheerful music aid in completing the fun. Stars like Shakira, Johnny Depp, and even Eddie Murphy are known to have purchased islands in the Caribbean region, specifically the Bahamas.

In the past century, the region was reported to have maintained a high profile as a hub for money laundering and drug smuggling as the famous Pablo Escobar worked there.

Currently, the region has become quite legendary for digital currency businesses as several exchanges have sought to explore developing a subdivision in some of its island nations.

What could be the reason cryptocurrency experts are developing a keen interest in this territory?

Interactions with the Caribbean…

Before we delve into some of the major reasons why the Caribbean territory appears to be one of the most friendly for digital currency activities, let us identify some of the cryptocurrency dealings there.

Tron earns space in Dominica as a legal tender

In October 2022, a top blockchain-based project, Tron,  was disclosed to have sealed a contract with the authorities of the Dominica region, one of the Caribbean Island nations. The report noted that Tron native token had earned authorization in the region. This simply meant Tron was made a legal tender in the nation, inferring that the Tron token would be accepted as a means of diverse payment, tax inclusive.

The Dominica government also underlined that the conversion rate between the Tron token and the nation’s dollar would be entirely dependent on the forces of demand and supply. Also, the trade between both currencies will incur zero capital profit levy.

Tron’s founder Justin Sun appears to be gaining the most popularity in the Caribbean region as he had initially earned the status of being a permanent representative for Grenada in the World Trade Organization.

In March 2022, the prime minister of the commonwealth Caribbean island Barbados, Mia Mottley, talked about a possible alliance between the nation and prominent cryptocurrency exchange Binance during a finance allocation speech. Prime minister Mottley stated that Barbados already commenced discussions with the exchange about becoming a hub for financial ventures and inventions with them.

Later in November 2022, just a few days into the Bahamas-based FTX insolvency crisis, Binance CEO Changpeng “CZ” Zhao was spotted in Barbados. The updates appear to reflect the company’s interest in setting up a subdivision in the region. Who knows?

Why the Caribbean could be a crypto hub…

In September 2021, the CEO of the now-defunct digital currency exchange, FTX, Sam Bankman-Fried announced and relocated FTX headquarters from Hong Kong to the Bahamas. Although the move had followed China’s publication of a new clampdown on digital currencies, Bankman-Fried contended that the decision had been made before then.

Countries in the Caribbean region, like the Bahamas, appear to be more stable with the authority for digital currency futures. As previously justified by FTX’s Bankman-Fried, the Caribbean territory offers a more comfortable atmosphere for the setup of a digital currency hub, unlike many other regions. The Bahamas also has a developed regulatory body for digital assets, Digital Assets, and Registered Exchanges.

While the region happens to have flexible digital currency regulations, many other regions of the world remain unregulated. This signals a clueless direction for the digital world, hence, the need for crypto businesses to site hubs where they view a more strategic advantage.

The Caribbean is a tax haven in itself.

Among the scanty list of digital currency tax-free nations is the Western Caribbean Cayman Island.  This simply means that residents, inclusive of corporations, are not entitled to a tax levied on wages, capital profits, and the like.

The introduction of cryptocurrency has brought about diverse reactions, with some parties seeing it as a means to avoid the payment of tax. This makes cryptocurrency businesses a bit more cautious before deciding on where to develop their investments.

Therefore, the idea of saving a major portion of earnings that would have been presented towards the settlement of tax makes the Caribbean nation attractive for cryptocurrency ventures.

Not many nations of the world have been brave enough to adopt cryptocurrency alongside the blockchain technology it offers. While the technology appears useful, there has been a major focus on its possible hitches. The Bahamas was reported to be one of the nations that wholeheartedly accepted digital currency as a means of payment.

In addition, it was recorded as the first territory to inaugurate the Central Bank Digital Currency (CBDC). While the region continues to develop its regulation around this innovation, its steps so far prove a significant milestone in the blockchain and digital currency ecosystem.