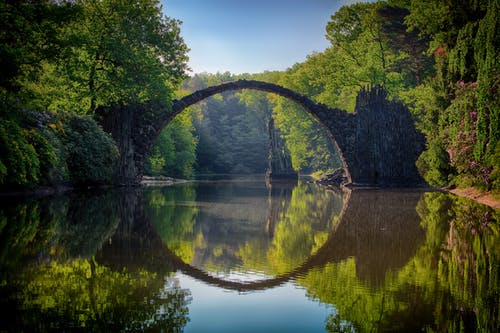 Founder of Ethereum, Vitalik Buterin made a tweet on Tuesday, 24 March calling for resources to be put towards bridging the gap between two of the world’s most popular cryptocurrencies, Bitcoin and Ethereum.

DEX Bridges Between Ethereum and Bitcoin

Buterin suggests that people would be willing to trade their Bitcoin for Ethereum in order to use applications based on Ethereum.

“We should also be building DEX bridges between ethereum and other crypto ecosystems. I’ve talked to Zooko about this re Zcash, though I think we can both work harder to translate the talk into action. Would love to see more.”

Buterin envisions a trustless and serverless DEX. He believes that a relayer market could be used to facilitate transactions on the platform.

The Ethereum founder has been in talks with the CEO behind privacy coin, Zcash, with respect to building bridges between cryptocurrencies.

Earlier in the year, Bitcoin-based Smart Contract platform RSK made a token bridge to increase interoperability between the Ethereum and Bitcoin. The bridge allows users to purchase Ether and ERC20 tokens.

Smart Contract as the Solution

According to a developer at RSK, Adrian Eidelman,

Interoperability has been a cornerstone of the RSK vision from the start. We believe being able to offer Bitcoin’s benefits to Ethereum users and to connect these respective developer communities is a crucial step for the blockchain ecosystem as a whole.

In March, NairaEx launched NairaEx.pro on March 1, an advanced cryptocurrency exchange designed to make trading of cryptocurrencies (BTC, LTC, USDT, ETH) easier, faster, and more secure. Both experienced traders and beginners can use the platform to buy, sell, convert, send, receive or store over five cryptocurrencies.

While thousands of Altcoins have been created, not all have the same functionalities. Ethereum, for example, is used significantly in the decentralised ecosystem and in decentralised applications.