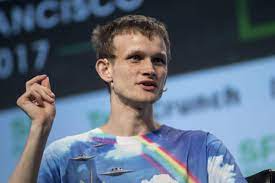 In a discussion with Bankless co-founder David Hoffman, Buterin his thoughts about the digital currency industry in the coming year, replying to Hoffman’s idea that the acceptance wave for trustless applications has been concluded and there is little to no possibility for creators to venture into fresh trustless applications.

Buterin alternatively disregarded the uncertainty that Hoffman eluded to, initially proposing that additional growths are required to be carried out on wallet networks to enhance the daily utilization of digital currencies and to enable the inductions of billions of customers.

If you can create a wallet that is made accessible and useful to billions of people, that becomes a massive prospect, Buterin added.

Secondly, the Ethereum co-owner mentioned that the development of extremely increased price-resistant and worldwide available stablecoins that can resist all kinds of situations would be a turnaround for the space.

Buterin excluded mentions of the know-how to attain such a technological proposition.

Thirdly, he explained that technological growth that impacts Ethereum signup takeover from the likes of Facebook and Twitter alongside other known centrally controlled monopolies is most likely to eventually enhance the dominance of Ethereum on online application systems.

Such dominance in itself comes off as a big prospect, he said.

So far, Buterin seems to have paid enough attention, within the past month, to gaining insights and offering suggestions concerning the digital currency space, while maintaining a positive view of the future of the industry.