Venezuela: President Advocates Use of Cryptocurrency to Fight US Sanctions 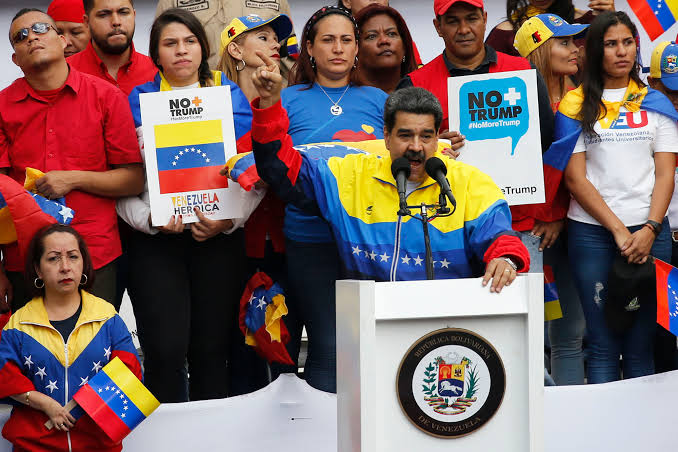 The President of Venezuela Nicholas Maduro has again revealed that his government is seeking potential ways to curb the effect of sanctions.

Maduro while presenting a new bill, said he intends to shield the country from the impact of U.S sanctions placed by the Trump administration.

He notes that the anti-sanctions bill will study the feasibility of utilizing various cryptocurrencies for both domestic and foreign trade; as well as offer support for private and state-owned crypto projects like the Petro.

“The anti-sanctions bill is the first response to give new strength to the use of Petro and other cryptocurrencies, national and global, in domestic and foreign trade, so that all cryptocurrencies of the world, state and private, could be used. This is an important project that is under development.”

At this time, the proposed bill is said to be reviewed by the National Constituent Assembly – the legislative arm of Venezuelan government.

A Big Response to US Sanctions

This latest attempt by President Maduro shows his strong resolve towards evading the effect of the United States sanctions.

Venezuela asides its political troubles, has also been plagued by hper inflation and the falling value of its fiat currency; prompting citizens to turn to Bitcoin and other cryptocurrencies as hedge assets.

Despite an initial attempt to push adoption of the government’s-own cryptocurrency called Petro, the coin has not yielded its expected results. This has forced the President to embrace other forms of digital currency led by Bitcoin (BTC).

Notably, this week, the Venezuelan government announced a new regulatory framework supporting the mining of cryptocurrencies such as bitcoin under the country’s national mining pool.

In all, many are curious to see the effect of the new bill and how Venezuela’s economy responds to this news.

What are your thoughts on this? Share in the comments below.