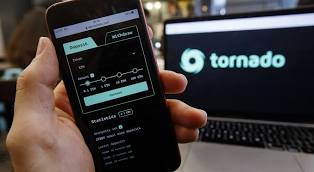 The Office of Foreign Assets Control (OFAC), had on Monday added Tornado to its Specially Designated Nationals list – a tally of blacklisted people, entities and crypto addresses.

As such, people in the U.S. are banned from using Tornado or any of the Ethereum wallet addresses tied to the platform or face the penalties of such.

The Treasury department noted that Tornado Cash is a tool used by Lazarus Group, a North Korean hacking group linked to the stolen $625 million from Axie Infinity’s Ronin Network.

It was also established that crypto worth tens of million of dollars stolen from Ronin flowed through Tornado.

An official of the treasury department said, “Tornado Cash has been the go-to mixer for cybercriminals looking to launder the proceeds of crime, as well as helping to enable hackers, including those currently under U.S. sanctions, to launder the proceeds of their cybercrimes by covering up the origin and transfer of this illicit virtual currency.”

Over $7 billion has been laundered through Tornado since its creation in 2019.

Data from blockchain analytics firm Nansen shows that ether (ETH) deposits on Tornado Cash increased after Ronin was hacked earlier this year, reaching over 220,000 in May and June 2022.

The data also showed that 18% of the total ether flowing through Tornado was from the Ronin hack. Furthermore, Elliptic reports that proceeds from other hacks (4.600 ETH) also passed through Tornado.

Analysts have said these hacks are not just hacks but matters of national security.