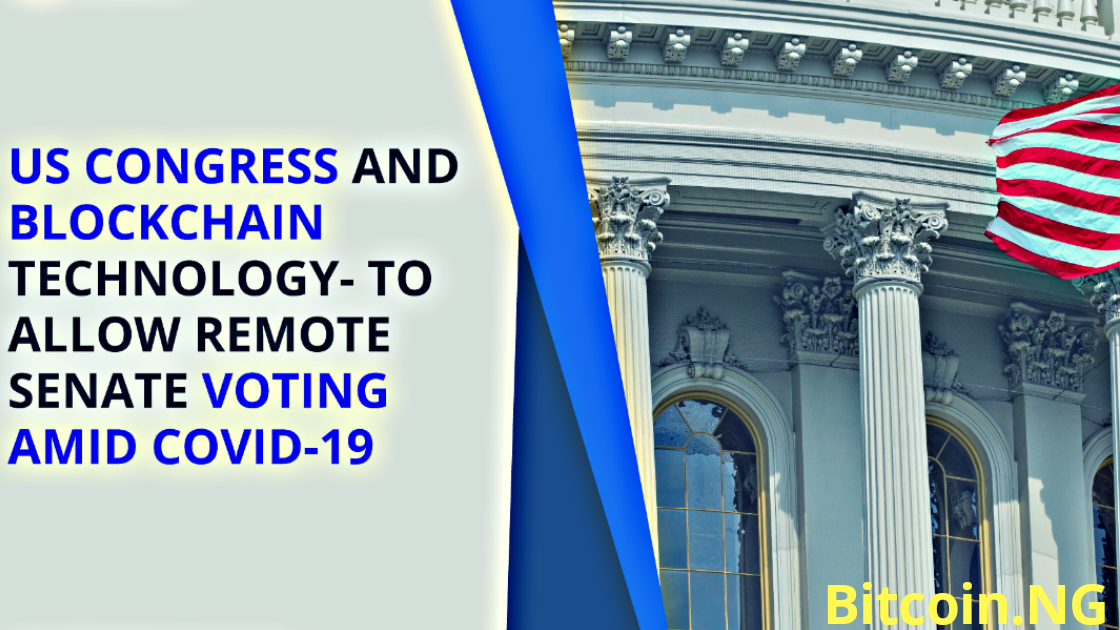 As the global spread of the coronavirus continues, many activities and industries are set to reconfigure their mode of operations or transactions. Hence, the increasing discussions on the use of blockchain-based solutions.

One of the world’s strongest political institutions – the US Senate is currently exploring the possibility of carrying out its elections via a blockchain-based system as they prepare to reconvene this week.

“The COVID-19 pandemic has disrupted the U.S. Congress’s ability to meet and deliberate — a state of affairs that has forced a rethinking of how America’s national legislature operates in a time of crisis.”

According to a 29-page memo, blockchain-based voting could offer legislators a solution while the pandemic lasts. The Senate’s Permanent Subcommitte on Investigations says blockchain’s encryption, verification and tamper resistance benefits offer a good platform to conduct voting without needing members to gather in person.

It states: “Blockchain can provide a secure and transparent environment for transactions and a tamper-free electronic record of all the votes…It also reduces the risks of incorrect vote tallies. Moreover, some firms have already begun to deploy blockchain-like technology to help countries like Estonia run parliamentary elections online.”

The memo while hailing the advantages of blockchain technology for voting, also addresses concerns such as potential of 51 percent attacks, software bugs, and cryptographic flaws which could affect the system.

Other suggested solutions considered include: end-to-end encryption platforms or via military-esque “air-gapped” communication systems such as those used by presidents and generals.

Discussions on the blockchain voting solution look like they still need convincing, as a number of critics kick against remote voting entirely. However, the consideration still indicates the growing interest in blockchain and cryptocurrencies.

Notably, this current 116th U.S Congress has introduced about 32 bills related to cryptocurrency and blockchain technology such as the “Blockchain Promotion Act” which seeks to establish a Blockchain Working Group that would report to the Congress.

It is yet to be seen if the blockchain voting model would be adopted; yet its pop up in the list of feasible alternatives is a good start for adoption.