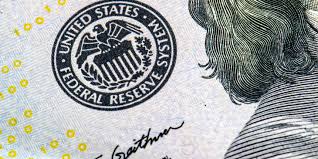 Unites States Federal Reserve Chairman – Jerome Powell has aired his views on Bitcoin and Facebook’s Libra cryptocurrency; as he believes a globally adopted cryptocurrency system could remove the need for reserve currencies.

Speaking at a session with the Senate Banking Committee setup for hearing of Facebook’s cryptocurrency project, the Fed boss made reference to Bitcoin’s use as a store of value, similar to ‘digital gold’. In his words he notes:

Almost no one uses bitcoin for payments, they use it more as an alternative to gold…It’s a speculative store of value.

This he said in reference to the ‘gold standard’ and use of bitcoin as an investment asset to cushion the effects of loss/inflation in traditional assets like fiat and stocks.

On Facebook’s Libra cryptocurrency, he remarked:

The size of Facebook’s network means it could be essentially, immediately, systematically important…Though the initiative has raised  a lot of concerns, including privacy, money laundering, consumer protection, and financial stability.

The hearing of Facebook’s cryptocurrency project is slated for this week (July 16 & 17); with anticipation building after President’s Trump tweet and mixed reactions trailing the Libra.