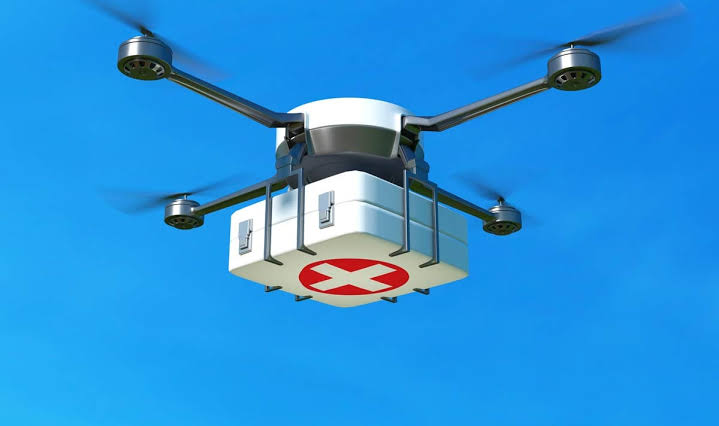 A new report by the US Department of Transportation (DOT) says Blockchain can help resolve the technical challenges faced by commercial drone systems.

At this time, the use of unmanned aircraft systems (UASs) has become predominant especially since the outbreak of the coronavirus; prompting companies and governments to adopt the use of drones to deliver essential products, and medical supplies.

However, drone delivery services have been affected by issues related to data sharing and trust, which the DOT believes can be resolved through the application of blockchain technology.

“The number of variety of UASs and the diverse operations they are or may be expected to soon be involved in make these aircraft especially suitable to the trust and operational integrity provided by blockchains.”

Blockchain technology is being looked on to deliver a framework that can be used by stakeholders in the commercial drone industry, as it can ensure security and provide for identity management as well as providing a supporting role in aircraft traffic management, UAS conflict management and flight authorization,” according to the report.

The DOT emphasizes the use of drones for transportation of medical essentials, consumer deliveries, and military grade tasks require a level of trust and traceability which is duly provided by the use of blockchain.

The US Department of Transport highlights a first use case for blockchain technology using the example of a “blockchain-based black box.”

According to the report, a blockchain black box would help investigators ascertain the point of failure or causes of crash of a given drone, monitor the drone’s flight path and respond in real time if the drone drifts too close to a restricted flight zone.

Another key use case is the speed benefit of drone systems; as the DOT referenced the delivery of a human kidney in 2019, which saw the UAV cover 2.6 miles in 10 minutes, while a regular car could have taken 15-20 minutes.

“Not only is time an issue, but another concern is that en route the organ’s progress is not normally known by the receiving hospital and this lack of clarity can lead to unnecessary delays. In theory, adding a blockchain to the process would let all the entities involved – air traffic controllers, the drone operator, the drone itself, the hospital supplying the organ, and the hospital that is receiving it – track an important set of shared data.”

The use of blockchain offers parties in the supply chain various levels of access to track the drone’s position, route, and other essential information . including about the organ itself and its container temperature.