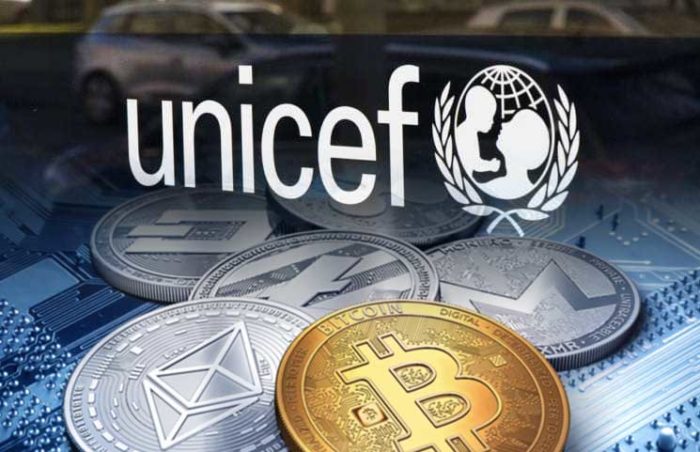 UNICEF, the United Nation’s charity arm for children has announced it is accepting and disbursing donations through cryptocurrencies such as Bitcoin (BTC) and Ethereum (ETH).

According to an official publication, the new cryptocurrency fund is part of latest efforts by the organization to experiment donations and aids using ‘blockchain currencies’; which they say have the potential to transform charitable giving and increase financial transparency.

“If digital economies and currencies have the potential to shape the lives of coming generations, it is important that we explore the opportunities they offer.”

Also commenting on its benefits, principal adviser at Unicef Innovation Christopher Fabia said the initiative would prepare the organization for the future while also maintaining safeguards built into existing donor systems. In his words:

“We see this as a piece of learning that we need to go through to prepare for the next decade…while Unicef enjoys capacity to move money globally, there is always friction….there is an interest in speed and efficiency, one which cyrptocurrencies provide.

By this latest announcement, Unicef joins other aid agencies which accept donations in cryptocurrency such as the American Red Cross and UN World Food Programme.

Asides crypto charity organizations such as Binance Charity, it is common knowledge that most humanitarian agencies view digital currencies as an easy and transparent option to track donations or aids; as well as allow investors see how their money is utilized.

Cryptocurrencies through use of blockchain technology allow monitoring of donations and utility of funds through its immutable ledger. Although crypto donations are not yet predominant, their transparency and ease of use would benefit these institutions.

A look at a few of these organizations also highlights the creation of digital currencies for charitable projects focused on offering aid to needy parties. E.g Pinkcoin, AidCoin.

Will cryptocurrency donations curb the misappropriation of charity funds? Share your thoughts in the comments