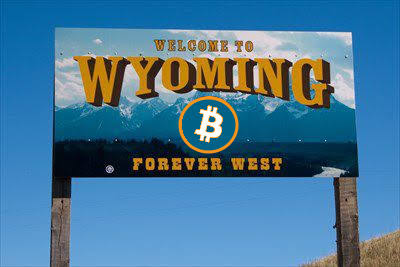 The new law was signed by Wyoming Governor Mark Gordon, and will take effect from July 1, 2020 according to information from the Wyoming State Legislature.

A snippet of the announcement, describes digital assets as “a representation of economic, proprietary or access rights that is stored in a computer readable format, and includes digital consumer assets, digital securities and virtual currency,” which includes cryptocurrencies such as bitcoin.

Furthermore, it defines virtual currency as: “digital asset that is: (A) Used as a medium of exchange, unit of account or store of value; and (B) Not yet recognized as legal tender by the United States government.”

A First of Its Kind

According to U.S. based law firm – Kramer, the amendment is a first provision of its kind in the country; however it is yet to be seen if insurance companies would take advantage of the law.

Wyoming remains one of the most crypto and blockchain-friendly states in the U.S. In the last two years, Wyoming has passed a series of laws, including recognizing cryptocurrency as money and allowing favorable tax treatment of cryptocurrency and blockchain startups, among other measures.