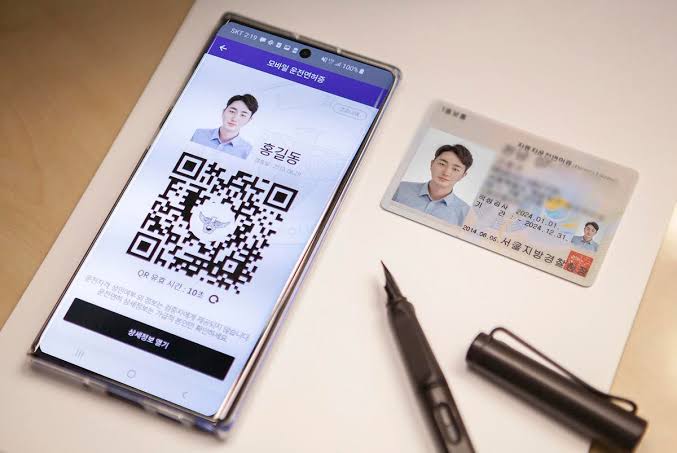 This indicates that about 3% of the nation’s 32 million driving population have ditched the physical (paper) license for a blockchain-powered digital drivers license.

The drivers digital identification card was approved by the country’s Ministry of Science and ICT in September 2019, and launched in May by the National Police Agency in partnership with the Korea Road Traffic authority, and three of the country’s major telecom providers – SK, KT, LG U+.

At this time, the blockchain ID system is available on the PASS app, with over 27 testing centers for renewal and issuance of new digital licenses across licenses.

The South Korea Blockchain drivers license is also used as a permissible form of identification and proof-of-age requirement at convenience stores and retails shops for customers seeking to buy cigarettes or alcohol.

At the stores, users present their license for the bar code or QR code to be scanned on the app.

Other industries such as car rental, and shared ride companies are also looking to replace face-to-face verification with the new digital ID system.

In a similar announcement this week, one of South Korea’s biggest banks KEB Hana Bank has partnered with the Korea Expressway Corporation to develop a blockchain-based toll system for the country’s highway; as the nation continues its stride in the blockchain technology industry.

“We will continue to expand customized non-face-to-face (contactless) services to the public by applying blockchain technology, which is part of the Korean version of the digital new deal policy to lead the global economy after the coronavirus.”