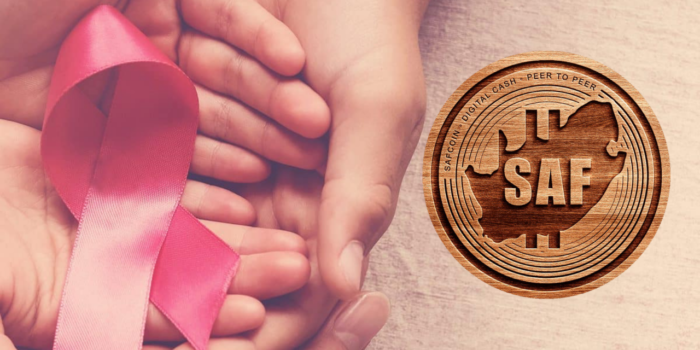 According to an official publication, SAFCA and CANSA look to incorporate cryptocurrencies and blockchain technology for humanitarian causes in the fight against breast and cervical cancer; which both rank as the most common forms of cancer among women in South Africa. The scheme set out to encourage women to get screened; with the epidemic ranking as a most common lifetime risk among SA women (1 in 27 women).

For this cause, SAFCOIN traders will enjoyed 50% discount on tradimg fees from August 30, with one percent of the net transaction value going to the cancer association (CANSA). Also, 10% of the proceeds from the SAFCOIN mining packages were donated to CANSA.

Instead of distributing an airdrop deal for SAFCOIN, we decided on a Pink Friday drive where we offer half-price deals on the mining pool packages and donate a percentage of all the sales to CANSA.

The SAFCOIN-CANSA project continues a stream of cryptocurrency and blockchain uses for charity and humanitarian needs globally. From Binance charity in Uganda, to UNBICEF’s blockchain kids program and many more; the cryptocurrency industry is touching lives outside finance; while it positively impacts Africa.

South Africa on its part continues to rank as a crypto active nation; maintaining a top five (5) spot among Africa’s highest cryptocurrency trading and friendly nations.