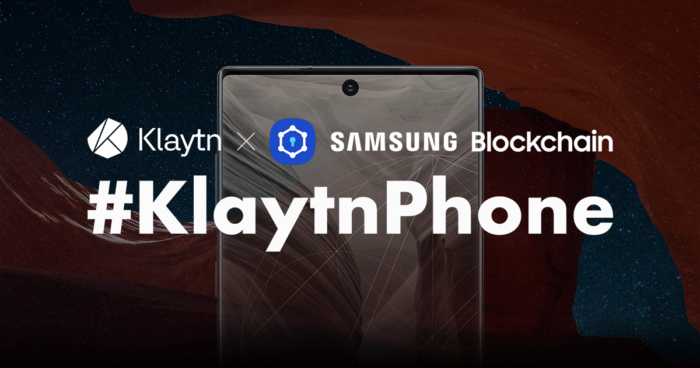 Tech giant Samsung has unveiled three models of its blockchain-enabled flagship smartphone – the Galaxy Note 10; with this latest version allowing users to store cryptocurrencies such as Bitcoin on their phones.

The specifically designed crypto smartphone is named the KlatynPhone, and features the same hardware specifications and pricing as the traditional standalone Galaxy Note 10 devices. However, this variant will support blockchain apps and a cryptocurrency wallet.

Samsung is reported to have partnered Ground X – a subsidiary of Asian messaging company KaKao to build the Klatyn blockchain network for cryptocurrency transactions.

See more about the device on the website: Klaytnphone.com

The Klatynphone will also support a built-in Klay wallet for Klaytn tokens, five pre-installed decentralized dApps and other crypto features. Details of its availability show that the device is currently only be available in Korea; with a possible expansion to other markets later.

It will be recalled that earlier this year, Samsung had also launched its Galaxy S10 smartphone which comes with a built-in crypto wallet and dApps support, while subsequently announcing plans to expand this crypto functionality to other budget Galaxy phones.

What are your thoughts on Samsung’s activeness in this industry? Share in the comments