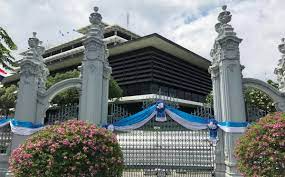 The central financial institution of Thailand has revealed an outlined strategy to approve its first-ever digital banking function in the region. This implies that financial corporations will have the approval to render these services in the coming 2025, as indicated in a publication by Bloomberg.

According to the “Consultation Paper on Virtual Bank Licensing Framework,” posted by the nation’s central financial institution, sign-up processes will be allowed in the coming months of this year to qualify digital financial corporations as financial service aid. The decision is aimed at boosting competition as well as improving national economic development.

Thailand’s central banking institution is to allocate three distinct permits for interested corporations next year. There are over ten players interested in handing out permits, the publication noted.

All ruling and management operations for digital banks are intended to be just like that of conventional commercial financial institutions under the permit structure. Furthermore, competent applicants will be required to fulfil certain necessary conditions.

The central banking institution underlined that digital financial corporations should not attempt any form of heightened competition in the form of careless lending as well as acting more beneficially to related players.

In addition, digital financial corporations are expected to refrain from misusing “dominant market position which will pose risks to financial stability, depositors, and consumers as a whole.”

Thailand qualifies as the eighth on the worldwide digital currency acceptance index, estimated by Chainalysis, with the nation’s significant record of digital currency-related infrastructure in the past year.