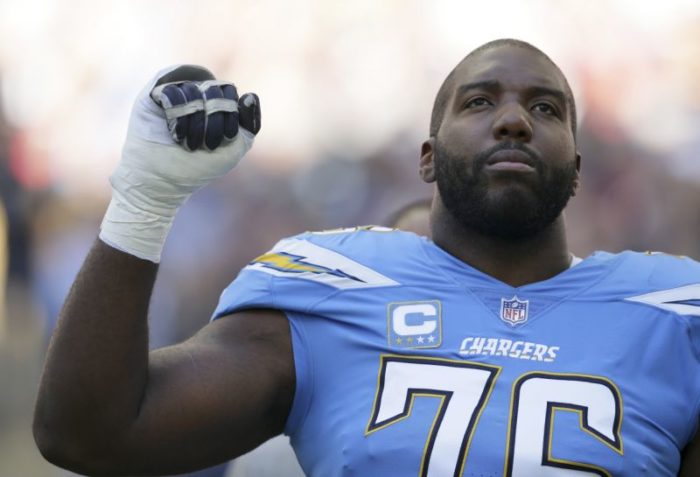 US NFL Pro Russell Okung has again stepped out as a Bitcoin proponent; as he announced he will be hosting a one-day event for Bitcoin newbies in an effort to foster adoption.

The Los Angeles Chargers player has become a vocal supporter of Bitcoin following his discovery of cryptocurrencies. Okung notably led the “Pay Me in Bitcoin” campaign for NFL players demanding for salaries to be paid in Bitcoin (BTC); a feat which endeared him to the cryptocurrency community especially on Twitter.

In his recent Bitcoin tweets, the NFL pro asked his over 160k followers about their opinions of a Bitcoin giveaway. Additionally he tweeted of his upcoming ‘Bitcoin Rookies’ event set for September 1st in Los Angeles.

I will be hosting a one-day event Sunday Sept 1st in LA for Bitcoin rookies. I’m excited to jump in more personally to help advance efforts for mainstream adoption…I’ve heard so any people who express interest in Bitcoin only to quickly give up after getting lost down technical rabbit trails or widespread misinformation. Take it from me; this is the most costly kind of false start. Before becoming discouraged or overwhelmed come learn about the fundamentals of what Bitcoin is…My team and I are curating simple practical sessions with some of my favourite Bitcoiners who are already leading the way.

After he tweeted, a number of prominent crypto analysts and companies stepped up to volunteer support for the event.

Okung had also revealed that a number of his NFL counterparts were getting in touch to learn about crypto and associated technologies such as blockchain; as he mentioned popular players Matt Barkley and Josh Allen who expressed support for event.

Born in 1988, Russell Okung is Nigerian native of Akwa Ibom State. Okung currently serves as Vice President of the US NFL Players Association, and is the third richest LA Chargers player with an average salary of $13.25 million according to Forbes.