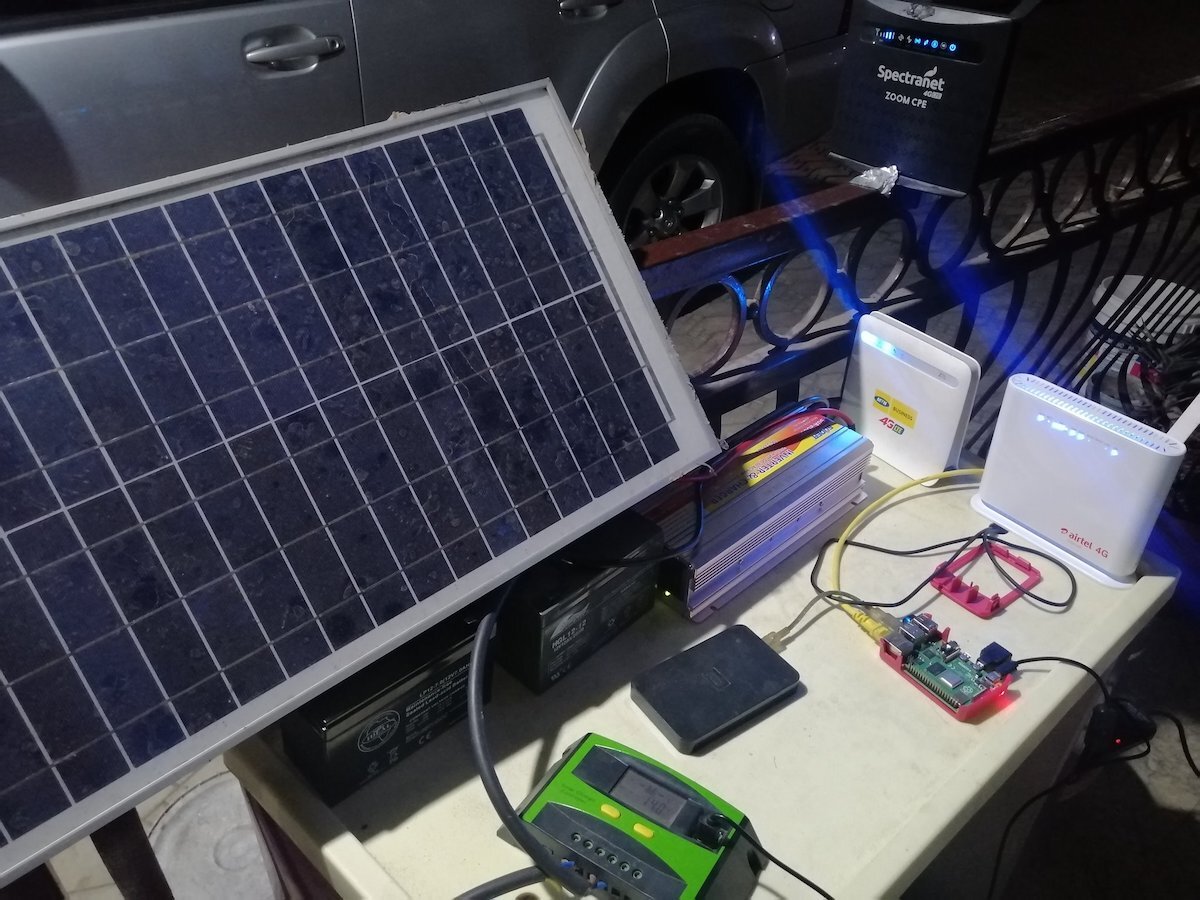 Taking a look at the map of public nodes on the Bitcoin lightning network, you’d notice a concentration of most nodes across Europe and the U.S, with Africa having just about eight (8) nodes in total.

This current status is what Chimezie Chuta, a Nigerian IT guru and entrepreneur is set to change, as he refers to himself as the only person in Nigeria known to be running a lightning node.

“I think this will help many people living in low-income regions of the world to become part of the Bitcoin ecosystem. Beyond trading and speculation, Africa seems to have zero representation…“Our goal is to raise an army of full Bitcoin Lightning node operators to dot every nook and cranny of the continent in the next one year, we plan to sell and deploy at least 250 of these nodes … in the next six months.” Chuta said.

According to Chuta, he says running a Bitcoin network node is one way to become truly financial independent. For him, a lightning node, though risky to use, allows Africans the opportunity to earn little cash courtesy of fees made from the network.

To deliver this initiative, BlockSpace Technlogies – a startup by Chimezie Chuta, has released a kit for the Bitcoin lightning node, consisting of a set of assembled hardware called a SpaceBox, as he looks to expand the technology’s use across Africa.

Chita notes that considering the large number of unbanked people in Sub-Saharan Africa, running a pair of Bitcoin nodes could help Africans connect to a modern financial system, giving them control of their funds rather than relying on third parties.

What’s A Bitcoin Node and Why Run One?

Chuta’s project emphasizes the autonomy and income that comes with running a full bitcoin node, especially one on the lightning network.

Operating a Bitcoin full node basically means running the underlying infrastructure for the world’s largest cryptocurrency by market capitalization. Unlike mining, which requires significant investment in specialized chips, electricity and cooling, anyone can run a node on a laptop with enough space. At least 10,000 people are running nodes today – a conservative estimate since not all nodes show the world they are running.

While there is no direct reward for running a Bitcoin node, it has an advantage over custodial Bitcoin services as it ensures that your transactions are completely private and not broadcast on third party servers.

Running a full bitcoin node means you “self-validate” by retrieving every transaction recorded on the blockchain, allowing you verify first hand that transactions follow the network rules. Nodes do this by rejecting blocks and transactions that don’t follow the consensus rules and by rejecting connections from peers that send them.

The SpaceBox Bitcoin lightning node currently sells for $541, about 210,000 Naira. The kit consists of a tiny hobbyist computer called the Raspberry Pi running on the open-source Raspblitz software for lightning nodes.

Chuta’s model also comes with a solar panel set, as most Africans have to rely on alternative sources for uninterrupted power.

The SpaceBox use of the lightning network makes it part of a solution to solve bitcoin’s scalability problem, by creating a second layer for faster transactions on the network.

At this time, the Spacebox has received seven (7) orders, five from Nigeria, one from Ghana, and 1 from Canada.