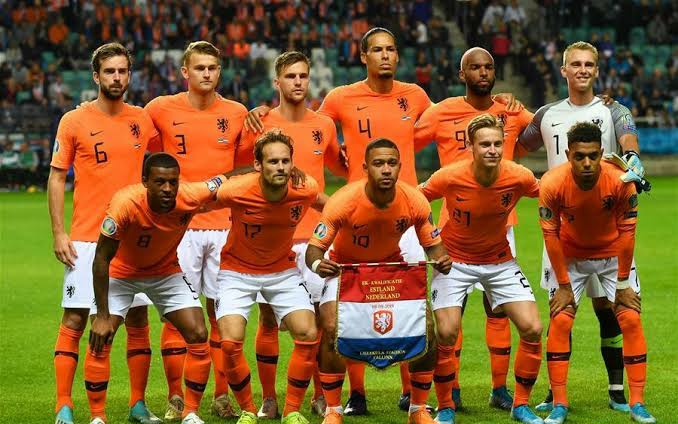 The match played at the Johan Cruyff stadium was used as a medium to test a series of football innovative products set to be implemented under the “Change the Game Challenge” project.

According to details by Ajax Life, the KNVB used the match as an opportunity to trial the new blockchain app, which was developed to curb issues of fake tickets and black market sales.

The blockchain solution is said to dipense ticket PDFs, granting fans accesss to the stadium via an app. The initiative utilizes barcodes to activate visitor’s access to the stadium, and as an extra measure the app is only operational at a set time of the day and within a specific radius around the stadium on match days.

These restrictions make it practically impossible to engage in ticket reselling.

Further reports say the Netherland FA will look to expand the blockchain project if its pilot results are successful.

Tuesday’s match ended 5-0 in favour of the Dutch, with Liverpool midfielder G. Wijnaldum scoring a hat-trick.

The growing use-cases of technology in soccer has not eluded blockchhain and cryptocurrency. Both tech and currency have been used in recent times for tickets purchase, buying of club merchandise, fan token rewards and now tickect tracking systems.

Notably, football clubs around Europe such as Benfica which now accepts Bitcoin payments for tickets and club merchandise, have looked to establish major partnerships between both industries.

Also, Man city, Watford, Everton and Liceiester City are not left out after they all announced partnerships with Bitcoin and other cryptocurrency projects this season.

Both industures look to offer a mutually beneficial relationship – Football leverages ease of payments provided by cryptocurrency, cryptocurrency industry and companies leverage the publicty of the World’s most viewed sport as it tends towards public education and mainstream adoption.

What are your thoughts on football, crypto and blockchain partnerships? Share in the comments.