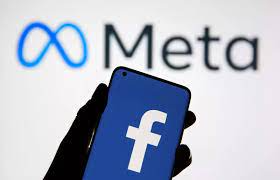 According to a September report, Meta is estimated to have over 87,000 staff, most of which operate in the Reality Lab unit. But in response to increased prices and a current decline in the value of its stock, the technological and social media organization Meta is allegedly contemplating a crucial round of layoffs this week.

As published in the Wall Street Journal, with reference to six connected sources, the expected layoffs might affect thousands among its estimated 87,000 workers across different units of the Meta company.

It is unclear how the layoff will impact the company’s Reality Lab unit, which recorded a 3.7 billion dollar loss in the third quarter of 2022.

In the previous week, the company’s chief executive officer Mark Zuckerberg noted that Meta’s investments would be projected towards a restricted number of increased priority development sectors, including its usual communication platforms,  Al Search Engine, and, of course, the metaverse.

The CEO is said to have doubled the company’s financial commitment in those vital priority areas with confidence that they are moving in a favourable direction with this new investment and urged for a more substantial investment in those areas.

The update follows the firm’s previous week’s disclosure of its third quarter gross, which reflected an outcome below revenue targets and an increase in expenditure.  Meta shares also saw a decline of 7.56% over the past five days and a comparable annual 73.19%, as noted on Yahoo Finance. Its shares’ present market value is around $90.79.

Meta seems to still be recruiting staff for its metaverse unit with 38 of its 413 listings connected to digital reality and expanded reality.