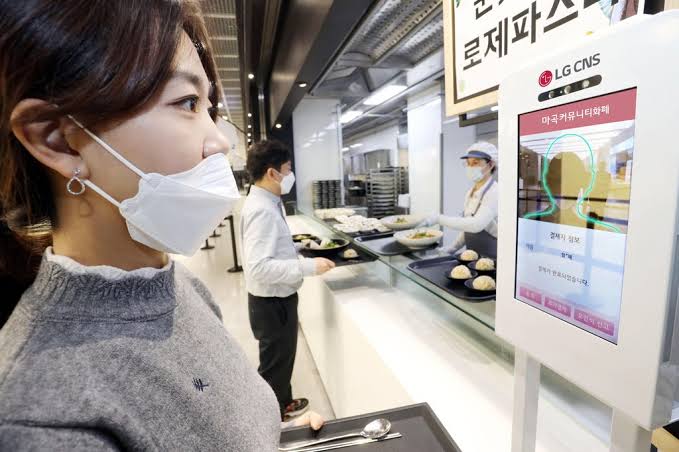 According to the official announcement, the blockchain-based digital currency will be tested first in the company’s internal cafeterias, allowing employees to pay for food without any physical contact.

“It is expected that blockchain-based community currency will be used by a lot more people as it becomes more convenient when it meets AI. As non-face-to-face technologies are applied recently, blockchain that increases transaction reliability will be used more widely.”

Facial Recognition Payment: How It Works

After a customers meal, his face is scanned and payments for the ordered meal are calculated and made automatically using the pre-registered bllockchain-based community currency.

“Employees who have agreed to use face and account information in advance will automatically pay by recognizing only the face on the device installed in the restaurant table.”

LG notes that payments using face ID are more convenient than smart cards or QR codes especially in the peak of the coronavirus outbreak; as it saves the need to make physical contact.

The company says it plans to extend the service to its other internal cafeterias and stores.

It will be recalled that LG CNS had launched a facial recognition system at the entrance gate of its Seoul headquarters. The system is said to be able to recognize employees faces even under protective masks, and restrict access to non-recognizable individuals.