Interview: Meet the Nigerian Who Refunded 7.8 Bitcoin ($80k BTC) Mistakenly Sent To Him 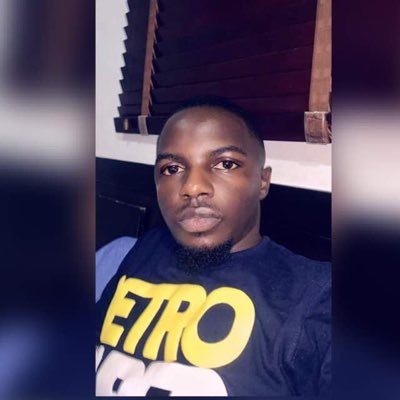 Around the world and in Nigeria, good deeds related to finance are viewed as a rarity; and this explains the reactions to Twitter user @BitcoinKeith story after his refund of 7.8BTC ($80,000) sent to him from an unknown source at the time.

Bitcoin.ng had an exclusive chat with Keith as he answers all questions fielded by bitcoiners and non coiners, discusses his crypto journey, shares details of the transaction, and motivation behind this kind gesture.

Who is @BitcoinKeith? (Full Name)

I am Keith Mali Chung.

Many say the name isn’t typical Nigerian, so what’s your nationality?

(Smiles) Yes. I am Nigerian.

How long have you been involved in cryptocurrency?

I have been in the cryptocurrency space for the past four (4) years.

How did the transaction happen?

The sender is my old acquaintance and someone with over 7 years experience in cryptocurrency. I can say he went into crypto when Bitcoin was ‘valueless’ (cheap) so he isn’t someone who just woke up to it considering his large holdings.

We had traded a number of times in the past, and our last trade occurred somewhere around March/April last year so we hadn’t been in contact since then, and considering this he was the least person I expected as we have not been in contact.

I woke up on the said date (12th September) and after seeing the funds in my wallet, I reached out to my regular contacts and no one claimed it; so on the evening of that day I had to post on Twitter with no success too.

Te following day, I made another post offering to donate the Bitcoins to a charity, and since it was crypto/bitcoin I decided it would be best to send the coins to Binance Charity due to the activities they have been carrying out in Africa.

However the next day, the PA of the said owner reached out to me and provided the transaction ID along with other details i requested for verification.

Actually, it was an experience I enjoyed, I was happy th ecoins came into my wallet as my address was in his white-list and in the process of copying and pasting he copied my address in error and sent.

What Was the Sender’s Reaction?

He was really full of joy, surprised and grateful. Because he felt the coins had fell in a wrong person’s wallet. He offered to compensate me but I turned it down.

What Was the Motivation Behind the Refund?

My motivation for the refund is: “We have to be what we want to see around us.” If I was the one who made that mistake and someone reached out to me, you can imagine the joy on my face. But if it occurs and nobody reaches out and 7.8 Bitcoin is gone that wold be a serious depression for anyone in this space.

I am someone who wants to do something right and live right, people might feel Ah you could have kept that money, but for me we want adoption of the cryptocurrency/bitcoin space, so our ethics for doing business must be right that people can admire and come into the industry. This has been my motivation and the reason I did what I did.

What is your Reaction to the Negative Comments on the refund?

Yes, there has been lot and lots of negative reactions to this refund. There are some people I did not tell I saw this large amount of bitcoin/money especially some friends in the crypto space who would have said keep that money joor.

And then, when the news broke out all the biggest blogs took the news, and about 60% of the comments were negative. Some said I wasn’t a Nigerian (laughs), others say I am trying to cook up a story, others say its impossible to refund such amount of money, some described me as stupid for refunding the Bitcoin.

This is a society where we are complaining about corruption in the government but we ourselves are corrupt, our mentality about money is very poor. People felt this could be a blessing in  disguise, but for real blessings don’t happen this way. Any blessing that would put another person in pain is not a blessing.

So the negativity from people’s reaction won’t change who I am and won’t bring the better growth we want to see in our country.

Hopes for the Nigerian Cryptocurrency Industry?

My story is actually one thing that is inspiring a lot of people, not just people in the cryptocurrency space but the general populace, that really this thing is real, cryptocurrency and Bitcoin is real. Secondly, there are actually genuine people.

So this is going to really trigger adoption and is really a good thing. We Have seen government officials making inquiries and building regulation guidelines for the cryptocurrency space.

In as much as we discourage stiff regulation, so it doesn’t harm adoption of technology, it is a welcome idea that they are actually paying attention that’s why they are talking about regulation. So it’s a good thing.

Share your thoughts and reactions to Keith’s interview in the comments.