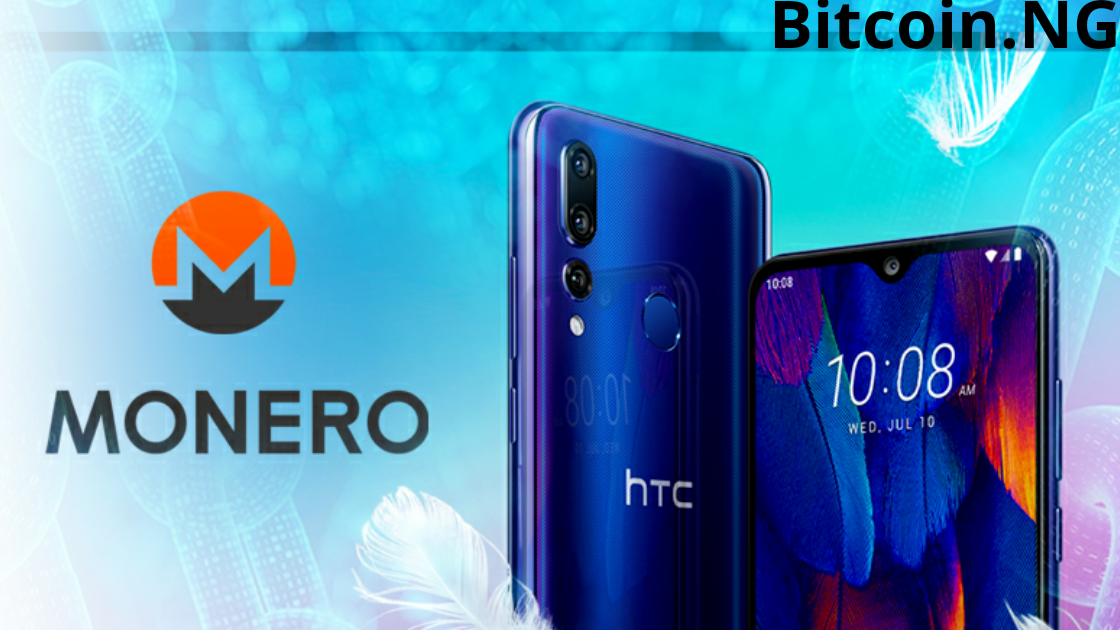 The Taiwan-based company which made headlines following the launch of its blockchain mobile phone – the Exodus 1S in 2019, has introduced the new feature on the Exodus range of its smartphones.

HTC teams up with Midas Labs to enable the Monero mining capability on the device, allowing users to mine XMR directly, through an application called DeMiner which will be available for download in Q2 of 2020.

The new feature will see users allocate a portion of their smartphone CPU and memory towards mining.

Monero is a privacy focused cryptocurrency which has gained traction among many who seek to maintain crypto anonymity characteristics. Monero mining pool rewards are $60 million, and with the introduction of Monero mining in HTC devices, the users can take a portion of this reward without having to invest in highly expensive mining rigs.

The cryptocurency mining industry has become highly competitive, with mining rigs and set-ups now into their third generation; from simple home-based CPUs, to GPU mining, and now ASIC mining rigs which are super efficient but expensive to purchase.

Questions on the efficiency of mobile-based mining to yield equal output and reduce energy consumption have been raised. In response, CEO of Midas Labs Dr. Jri Lee explained:

“We developed the DeMiner app such that a smartphone device will have a hashrate comparable to a desktop, while consuming much less power. This enables mobile devices to be suitable for cryptocurrency mining (in a plugged-in state) for the first time. Starting from open source frameworks, we restructured and optimized mining for mobile.”

According to Phil Chen, Decentralized Chief Officer at HTC, he describes the success of smartphone mining as a topic of ongoing research; adding that phone-based mining should be encouraged to promote more decentralization of the mining hashrate and power across the over 3.5 billion mobile devices worldwide.

For the Exodus 1S, Chen adds that the device comes with a RandomX mining Script which favours CPU miners over GPUs.

The HTC brand has developed particular interest in the cryptocurrency and blockchain industry. The company had last year launched its Exodus blockchain smartphones with inbuilt crypto wallets; and now adding the new coin mining feature looks to expand its functionality.

HTC also announced this year the launch of its Exodus 5G router, one with the capability to run a full Bitcoin (BTC) node.

What are your thoughts on the new HTC monero mining capability?