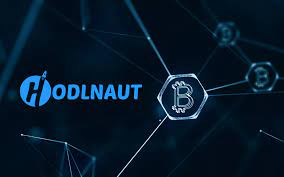 The embattled Singaporean digital currency loan protocol Hodlnaut is likely to face insolvency as the protocol’s lenders refuted the suggested reorganization strategy and proposed insolvency of the protocol’s properties.

The team of lenders made moves to refute the suggested reorganization strategy that authorizes the present administrators to manage the protocol’s functions as the reorganization execution commences.

Nonetheless, a Thursday court review denied the approval of a procedure to dismiss the temporary operations managers, as published by Bloomberg.

The lenders hold the idea that the reorganization strategy would be futile and that it is better to shut down and liquidate the protocol’s leftover holdings.

Algorand Foundation, a major Hodlnaut lender, proposed a quick insolvency procedure and division of realized funds to all of the protocol’s lenders as a rational way to maintain value.

Hodlnaut’s initial challenges came up last year in August when the protocol halted outgoing payment transactions due to the less stable nature of the digital currency market and inadequate funding.

It was subsequently disclosed that the loan protocol had paid less attention to its vulnerability to Terra and recorded losses of almost $190 million to the Terra crash.

Concerned executives were reported to have cleared out records of ventures that confirmed the protocol’s vulnerability. In August, Hodlnaut made moves to seek legal management under Singapore to avert coerced liquidation.