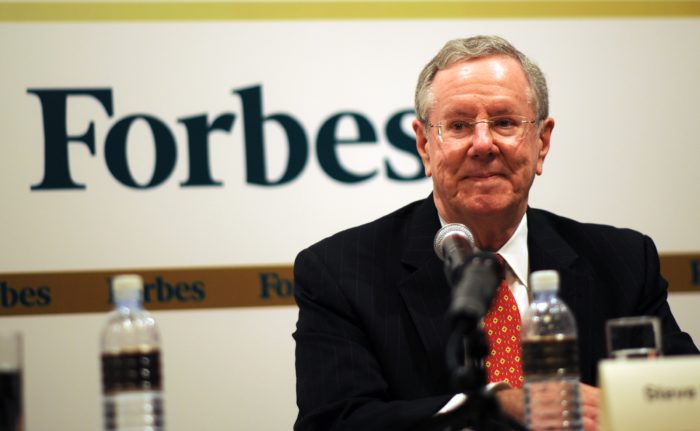 Chairman and Editor-in-Chief of Forbes Media Group – Steve Forbes has described Bitcoin (BTC) as a “high-tech cry for help”, driven by a lack of trust in government and their currencies.

Speaking on a recent podcast where he discussed the trustworthiness of cryptocurrencies, the Forbes chairman said Bitcoin’s challenge is becoming a coin as trustworthy as gold – an asset he says has earned its status through the hard way over the years.

For him, Bitcoin can become non-sovereign money gold if it becomes a totally unhackable system and an asset with less volatility than it has now.

During the podcast, he started out by querying bitcoin’s price fluctuations; however he acknowledged bitcoin’s role in the current and future financial markets. He remarked:

“In the meantime, Bitcoin has performed a very important role in helping people in distressed situations around the world, getting around governments (institutions, really) that want to control you and starve you and hurt you.”

This he said as he emphasised bitcoin’s censorship resistance over regular fiat policies and impoverished control.

In all, the Forbes boss expressed positive views about Bitcoin and cryptocurrencies; a surprise considering his involvement with traditional financial currencies.