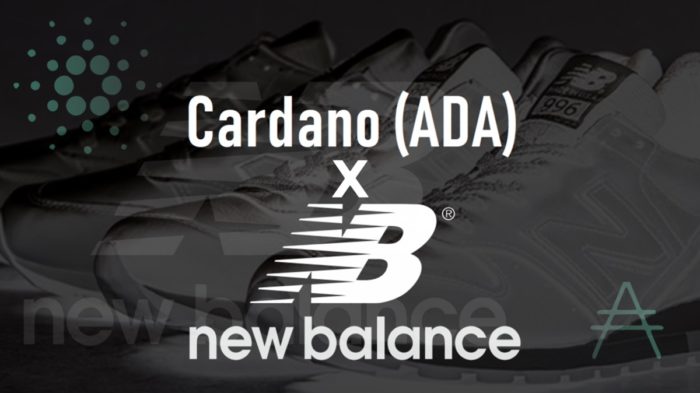 Popular footwear manufacturer – New Balance has announced it will be utilizing the Cardano blockchain to help authenticate its products.

This latest development is hinged on a strategic partnership between New Balance and blockchain engineering startup IOHK – which serves as the development team of the Cardano (ADA) blockchain and cryptocurrency.

The new platform which is expected to roll out globally, will allow New Balance customers to verify the origins of their choice premium sneakers in a bid to shun fake purchases.

New Balance (NB) ranks as a world leading brand in athletic foot wears, currently serving as the official kit supplier of EPL side Liverpool FC. Over the past five years the company has increased its customer base and tripled revenue from $2.7bn in 2013 to $4.1bn last year.

The brand has however expressed distaste with the recurring counterfeiting of its products; hence the need to develop a consumer-level solution to allow purchasers confirm the authenticity of their footwear using Cardano’s distributed ledger.

NB isn’t the first to do this. It will be recalled that fashion brand Louis Vuitton (LV) had earlier this year launched a similar blockchain product verification platform to curb the excesses of copy cats.

Say No to Fake Gucci

What other industries would blockchain verification be needed? Share in the comments.