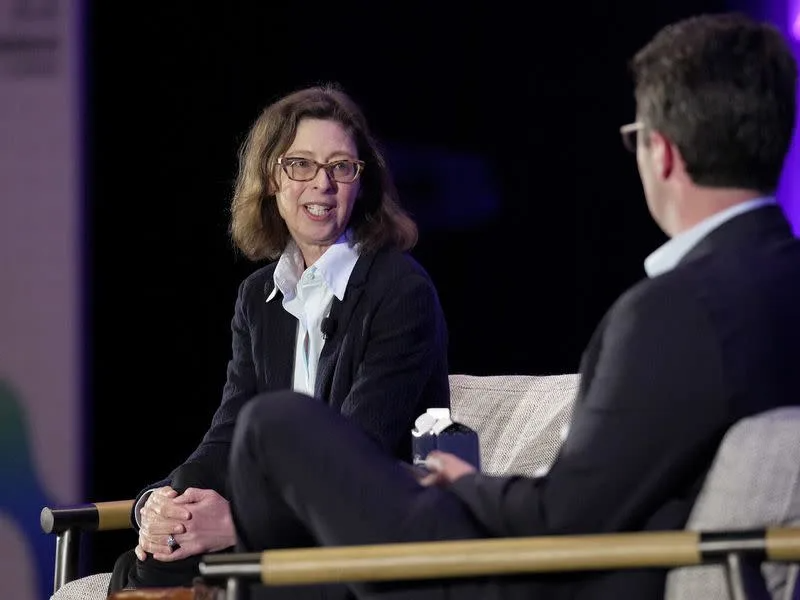 The United States’ brokerage Chairperson, in a speech at CoinDesk’s Consensus 2022 held at the Austin Convention Center, Texas, reiterated her belief and commitment to cryptocurrency notwithstanding the bearish condition of the market.

Rendering some advice to the crowd, Fidelity Investments chairperson and CEO, Abigail Johnson, noted her assurance in the effectiveness of long-term cryptocurrency investment.

According to her, “I figure this is my third crypto winter. There have been plenty of ups and downs but I see that as an opportunity.” Johnson empathetically expressed how awful she felt about the losses that have been incurred in the value of crypto assets.

However, as a bred-up contrarian thinker, in her words, Johnson highlighted that the crypto industry has lots to offer in the nearest future and the perfect response to the ongoing bear market would be to go extra hard while others fearfully dip out.

Fidelity Investments, founded by Abigail Johnson’s grandfather barely 12 months after the second world war, was set up as an SLE with the name “Fidelity Digital Assets” in the late months of October 2018. Nonetheless, the brokerage company’s involvement stretches back to the founding days of Bitcoin.

Abigail Johnson’s fireside conversation on Thursday afternoon with Matt Walsh, co-founder of Castle Island Ventures, revealed Fidelity’s journey with bitcoin. Johnson explained her earlier decision to delve into bitcoin mining which raised doubts and confusion among people around her.

Her initial expenditure draft of $200,000 for Bitcoin mining was rejected by the company’s monetary department. Regardless, the persistence and commitment have impacted overall feedback, including that of her latter action to render bitcoin exposure for clients’ 401(k) retirement schemes.

Fidelity happened to be amongst the first major institutions to deal directly with cryptocurrency.