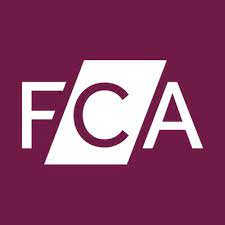 Mark Steward, the leader of the anti-money laundering compliance protocol for digital currency is set to resign after seven years of ruling under the Financial Conduct Authority (FCA).

According to a Tuesday morning announcement published on the Financial Conduct Authority’s website, Mark Steward would be resigning from his position as the authority’s executive director of Enforcement and Market Oversight.

It has been a privilege to serve the FCA throughout many challenges over the last seven years and, as I move on, to leave behind such a strong team for the future, Mark Steward noted.

The FCA was appointed the UK’s administrative head for anti-money laundering measures for digital currency exchange firms in 2021.

Although the organization does not deal with the internal affairs of cryptocurrency firms, the exchanges should follow the due process of being approved under the FCA alongside adhering to the set money laundering rules, Steward explained during an interview in March 2021.

Officials of the FCA already organized the list containing the names of unapproved digital currency companies to aid investment decisions in the region. The FCA released a trendy publication in September about adding billionaire Sam Bankman-Fried’s FTX to the list of unapproved crypto companies.

Previous publications have disclosed the FCA’s slow pace in approving applicants, however, the enforcement agency justified it to be the result of poor quality data given by the exchanges seeking registration.

Currently, there are no details on who would be appointed as the next FCA’s executive director of Enforcement and Market Oversight.