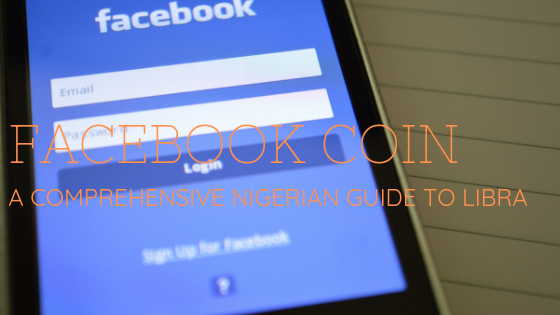 Facebook Coin is here. However, instead of being called Facebook Coin, Facebook has decided to call its new cryptocurrency ‘Libra.’ Already, confusion abounds online concerning what Libra actually is. Below, we’ve, therefore, created a thorough Libra Wiki, detailing everything Nigerians need to know about Facebook’s new digital currency.

A so-called Facebook Coin has been rumored to be the works since as early as 2017. However, only recently did Facebook unveil its new digital currency, Libra.

Currently being tested, Libra is not a competitor to traditional cryptocurrencies like Bitcoin. Libra is a stablecoin. This means that the Libra price will always be fixed at approximately $1 USD. Of course, this does make Libra a direct competitor to existing stable coins like Tether.

How Will Libra Work?

If Bitcoin is digital gold, Libra promises to be the world’s first true digital dollar.

Today, stable coins like Tether have their value pegged to single fiat currencies like the U.S. Dollar. Libra, though, is different. Libra will maintain a consistent value by being backed by a multitude of different fiat currencies, government bonds, and securities.

Funds used to back Libra will be held in a Libra Reserve. This reserve will be funded by private investors and Libra users, and it will pay interest to backers. This will give backers an incentive to invest in the reserve, and ensure that Libra always has enough liquidity to meet the demands of users making purchases with the digital currency.

As well as unveiling Libra, Facebook has unveiled its own Calibra wallet application. The Calibra wallet will be operable across all Facebook platforms like Facebook, Messenger, WhatsApp, and Instagram. When using the wallet, users will be able to send and receive Libra coins instantly and almost fee-free.

Will Libra be Good or Bad for Cryptocurrency?

By being able to exchange Libra for existing digital currencies on exchanges, it will be easier to use coins like Bitcoin for everyday purchases than ever before.

As we have already addressed, though, Libra will be bad for existing stable coins like Tether. Libra usurps their use case. Libra can also be argued to usurp the use case of crypto coins like XRP, Bitcoin Cash, and Bitcoin SV, which are all designed to cater for real-world retail payments.

What is Next for Libra?

At present, the Libra testnet will enter beta until the first or second quarter of 2020. Only then will Libra be made available to the general public. However, Facebook and Libra may have to navigate a few regulatory hurdles before then. In effect, Libra is a cryptocurrency in name only. Regulators in Europe aren’t happy about the idea of Facebook becoming the equivalent of a multinational bank with few regulatory safeguards in place. However, only time will tell how Libra navigates this challenge.